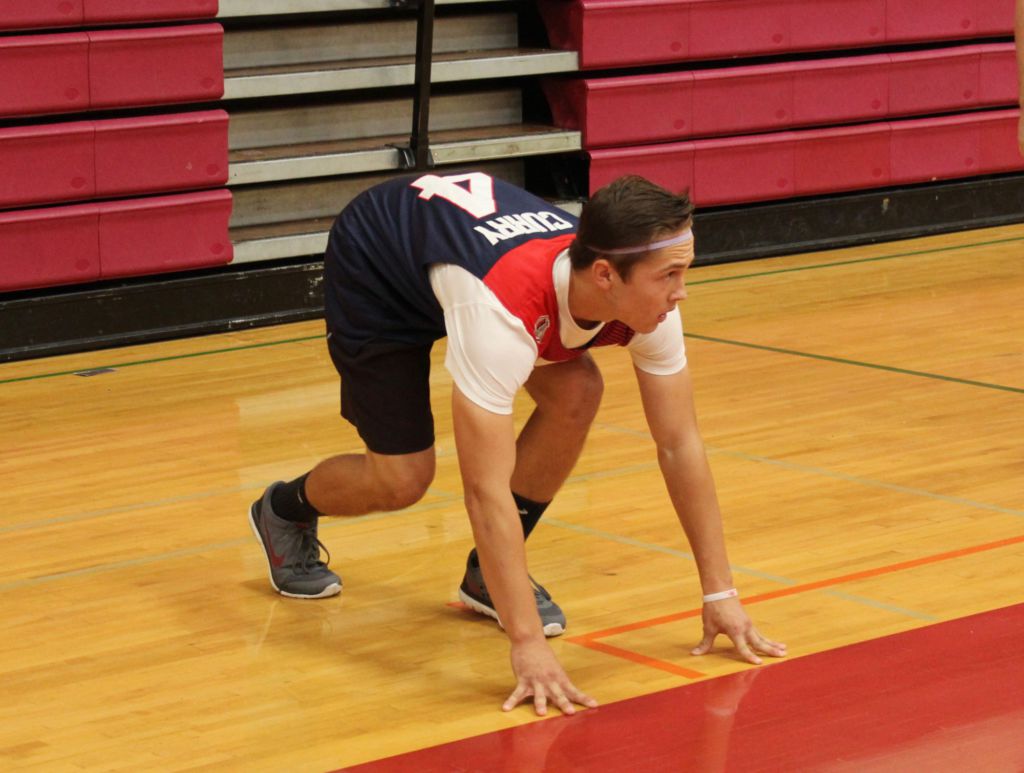 Senior Riley Marsh prepares to sprint towards the ball.

Over thirty teams packed into the big gym to participate in Redwood Night Live’s (RNL) fifth annual dodgeball tournament on Oct. 28, resulting in the largest turnout in the event’s history.

RNL hosts the tournament each year in hopes of promoting a fun weekend alternative to substance use.

The goal of the club is not to make students commit to abstaining from substance use, but rather to provide a safe alternative, according to club president Olivia Carpenter.

While the format of the tournament largely stays the same year to year, RNL modified the rules this year to ensure safety and fairness.

“We have more referees this year and we introduced the yellow card just to support our referees,” Hirsch said. “It’s great seeing everyone get into it and get competitive. It’s part of what makes it fun, but there’s a balance in respecting the referees and respecting their calls.”

In addition to safety, one of the club’s goals this year was to spread the planning responsibilities among the club members to increase efficiency.

“We’re big on not having just one person leading the group, it’s kind of a collaboration thing and we want people to have an equal part in dodgeball,” Carpenter said, adding that each member of the club has a responsibility to uphold throughout the night.

The shared responsibility is a drastic change compared to previous years, according to Hirsch.

“In the past it’s been a few key people that take the lead and this year it’s so much more diffused,” said Hirsch. “So many people are bringing so much to the table, so it’s really cool as a club advisor to see them take leadership.”

In addition to dodgeball, RNL hosts a glow-in-the-dark capture the flag event during the spring to promote the same goal.

“We’re hoping to plan more events [like dodgeball] more frequently so we have a bigger group of people and people can choose to come to these events instead of abusing substances,” Carpenter said.

While many come just to play dodgeball, Hirsch feels that the message of the club is still reaching many students.

“We know that some people come out just to play, but on some level more and more people know every year on some level what we’re about,” Hirsch said. “Everyone remembers in the back of their mind that maybe there is something else to do.”