The painful passion of football: an athlete’s story 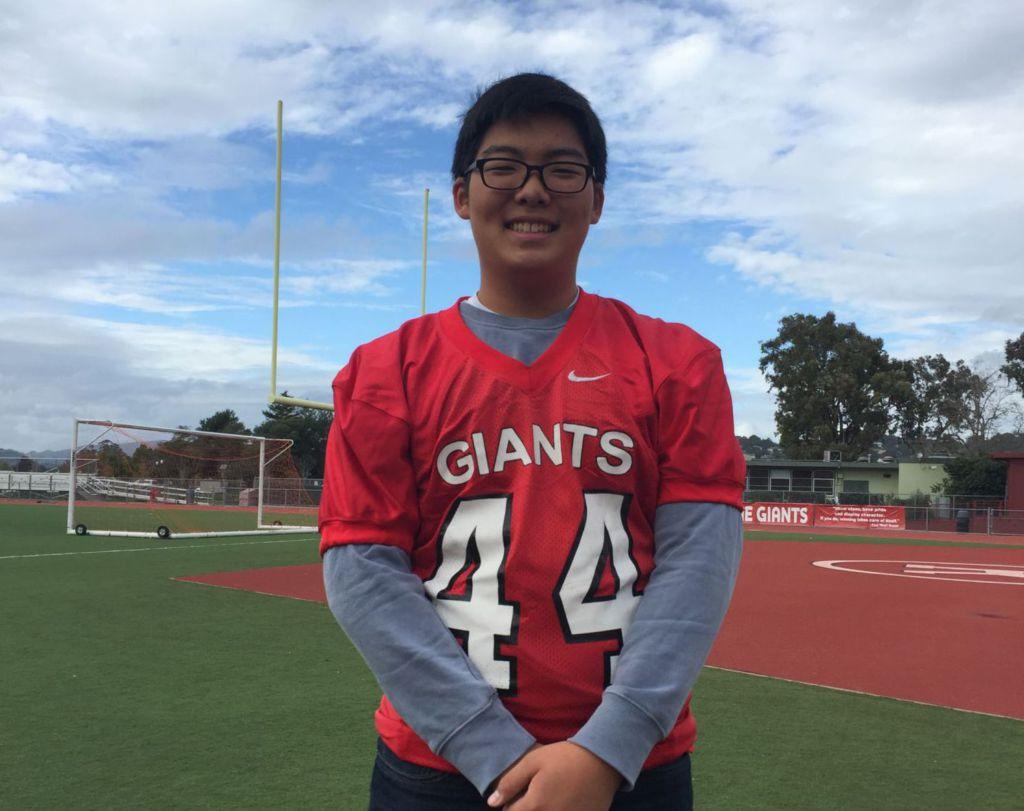 Sophomore Ethan Kim stands on the Redwood Football field, posing with his jersey.

It is no secret that sports can be dangerous. But as a player, the potential risk of injury is sometimes forgotten when stepping onto the field. For sophomore Ethan Kim, this risk became a reality when he ruptured his spleen, acquired his second concussion of the season and faced the concern of permanent damage to his brain and body during a Redwood JV football game on Oct. 1.

“I was going to the ball, and a guy came out of nowhere and hit me in the side, and suddenly I was on the ground. At first, I felt no pain. I tried to get up but I couldn’t,” Kim said.

This has been Kim’s first year playing football. He has always been interested in the ‘grit’ of the sport, and football is his favorite sport to watch. Only three months into the season, Kim’s injury numbers are already high.

One injury on the field could potentially cause consequential damage for the rest of a player’s life. Every 25 seconds, a young athlete visits a hospital emergency room for a sports-related injury, resulting in more than one million emergency room visits a year, according to a survey by Safe Kids Worldwide.

Moreover, high school students that play football are at the greatest risk of a concussion-related injury, resulting in 58,080 concussions per year for athletes 19 and under, according to a USA Today report by the U.S. Consumer Product Safety Commission’s National Electronic Injury Surveillance System. Concussions are especially dangerous to high school players, since the brain is more vulnerable to injury at this age because it is still developing.

As for Kim, not only was this his second concussion of the season, but the tackle

could have cost him much more; Kim faced the profound risk of being paralyzed.

“It was an early fear, but I couldn’t really move my legs at first. They realized I was fine after I was able to move my legs on the trainer’s table,” Kim said.

However, Kim was surprisingly mentally sound during his four days at the hospital because he was already aware of the serious risks of playing football.

“I was already accepting the fact that some injury was probably going to happen sometime during the season. I play center, and that position is most vulnerable to injuries,” Kim said.

For Kim, his ambitious passion for football outweighs the risks of the sport, and he is eager to get back out on the field once he fully recovers from his injuries.

“I really like football, and I want to keep playing even with the major risks. It’s almost impossible to avoid getting hurt, even if I take precautions in the future. I just have to accept that,” Kim said.

Even though Kim is out for the season, he plans on trying out for the varsity football team next year.