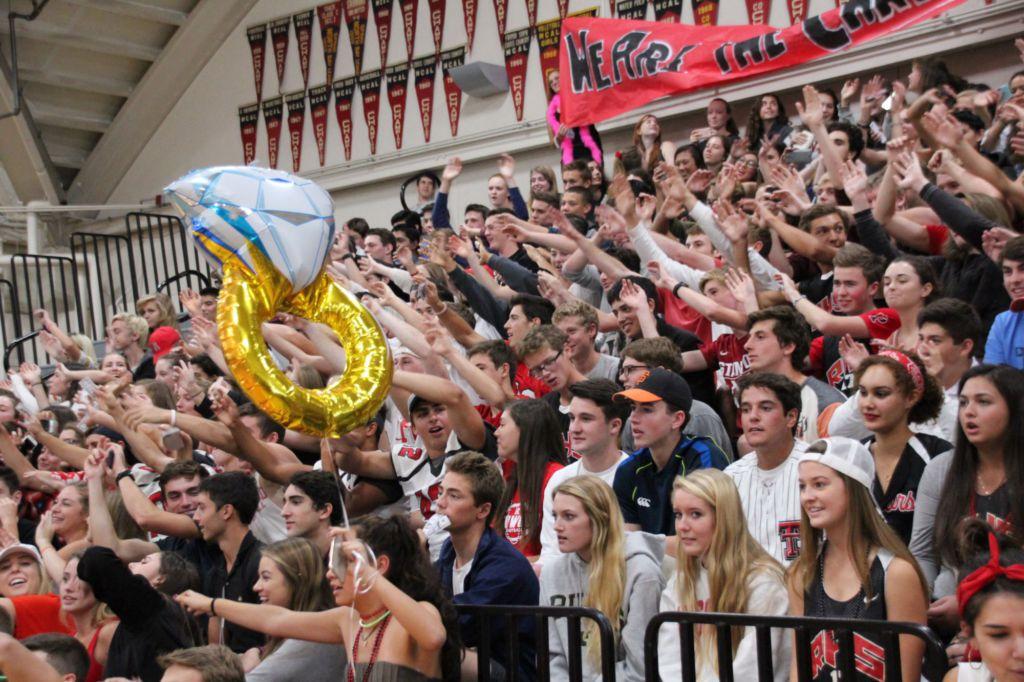 The homecoming rally on Thursday broke new records and brought the student body together in a celebratory hoorah of school spirit.

The senior class earned a perfect score on its skit with 10s across the board, something that has never been seen in Redwood rally history according to PE teacher and rally host Mike Dibley.

“It actually went above and beyond what we had expected. We have a way of bringing it all together at the end,” said homecoming princess Sophie Landeck.

In addition, the freshmen exceeded expectations during their skit.

“The freshman had more kids participate then we’ve seen in years, they did score higher than I remember in a long time,” Dibley said.

The homecoming court couples were also introduced. Princess Lauren Foehr rode a bike towing prince Robert McInnis on skies around the gym, while Eric Ahern and Courtney Carswell were escorted in a lap around the gym by a group of security guards who had to shield off a spectator.

“This particular rally here today was as good of a rally as we’ve had for homecoming in my 22 years of MCing the event,” Dibley said. “From the opening when everyone came in respectfully and sat down to the moment of silence for the tragic loss of life of the three young men earlier this week.”

The quality of the skits were at an all-time high with participation from the classes on both the floor and in the stands, according to Dibley.

“The seniors knocked it out of the park. That’s one of the very best skits I have seen in my 22 years and I’m not just saying that,” Dibley said.