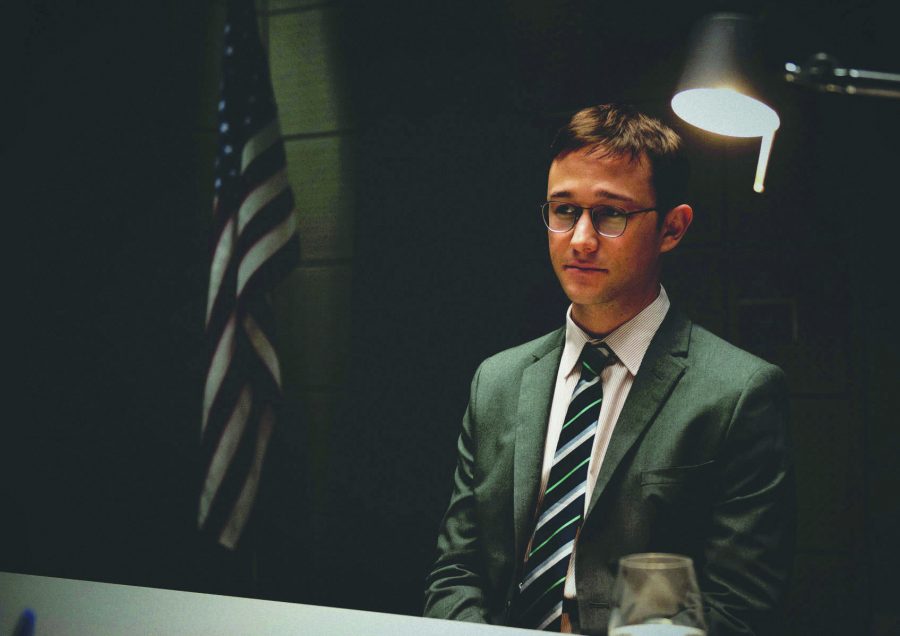 In director Oliver Stone’s latest movie “Snowden,” a heroic view of Edward Snowden emerges, creating a romanticized, Hollywood version of the story of the person who leaked classified national security information to the public.

“Snowden” does not include a counterpoint to the argument that Snowden made the right decision to leak the information, causing the movie to have a lopsided perspective on a controversial subject.

The film emphasizes the relationship between Snowden and his girlfriend, Lindsay Mills (Shailene Woodley), throughout the movie, humanizing Snowden to the public and adding entertainment to a story that is more dry and technical than most Hollywood movie topics.

These attempts at romanticism are unsuccessful. There are several cheesy scenes between Snowden and Mills that do nothing but lengthen the film.

There are scenes where Mills takes photographs of Snowden in a park where they laugh together, and appear together on a beach discussing the future of their relationship. Both scenes detract from the plot and do little to advance the story.

There was only one scene in the film that was specifically included to provoke the viewer into questioning the ethics of Snowden’s actions.

Snowden covered Mills’ computer camera with a piece of a paper, without telling her the reason. Mills makes the argument that she has “nothing to hide.” However, Snowden persists by saying that he knows she still visits the dating site that they met on, conveying that Snowden may have used the NSA software inappropriately. If Snowden had used the software unprofessionally, this would convey that he had acted unethically in his workplace.

Levitt stands out in his portrayal of Snowden, as he nails his awkward and serious persona. The protagonist calls himself a “robot,” which is how many have described the real Snowden.

Snowden is depicted as a very likeable character because of his ingenuity when justifying his actions. In the movie, while being interviewed for an article in The Guardian, Snowden says to reporters that the American people have the right to know that their information is monitored and to decide whether it’s justified or not. By saying this, Snowden is depicted to be an honest man looking to help the people. This scene frames the main character in a positive light, and the filmmaker never changes direction after this point.

“Snowden” incorporates many cliché and typical Hollywood scenes, such as the protagonist’s first day of schooling at the CIA. Stone included dramatic music as the protagonist takes a lie detector test to ensure his faith to the Unites States, causing the scene to feel corny.

The movie does not clarify whether Snowden had used Xkeyscore (a database which is used by the NSA to search through virtually everything on the public’s phones, computers, or tablets) unethically or had just been snooping around on Mills’ computer.

Either way, this argument brings up the moral questions behind the NSA’s use of surveillance.

“Snowden” is a fictional movie that includes aspects of the NSA that are extremely unrealistic causing the movie to act as just another unoriginal Hollywood story.

In the movie, Snowden is asked to move from his apartment with Mills in Maryland to a luxury home in Hawaii on the beach where he works closely with the NSA and their security programs. This would be rarely asked of a contractor to the NSA.

For those who watch this movie, it is important to keep in mind that it is a dramatized version of the real events and that there are two sides to every story.