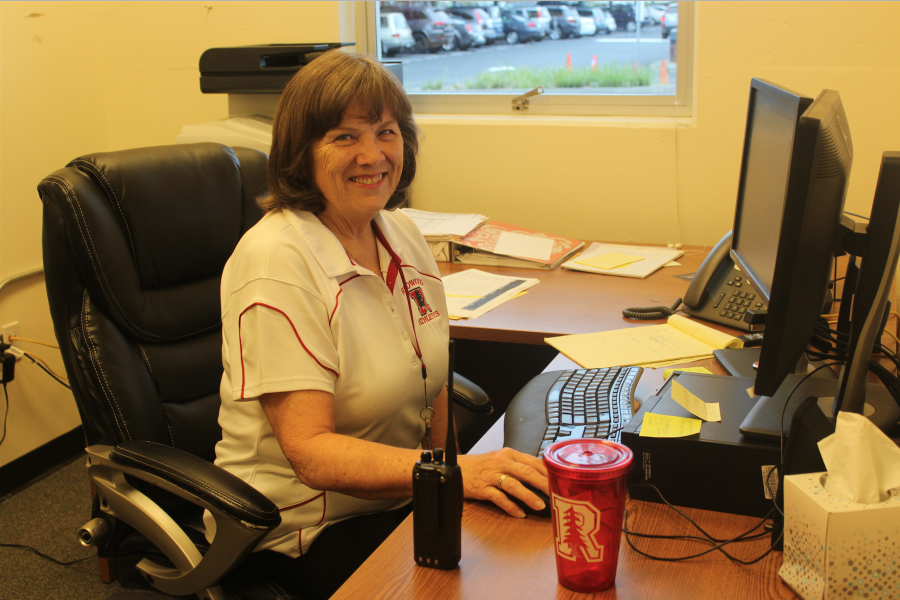 What was originally intended to be two new assistant principal (AP) openings turned into three hires as Redwood welcomed both new and veteran staff members to the administrative team.

One of the current APs, Lasandra White, was expected to be joined by only two new administrators for the 2016-17 school year. However, a last minute job opportunity caused one of the new hires, Lisa Jimenez, to resign from her position.

With a limited amount of time until the beginning of the year, the administrators were forced to find a fast solution.

“We have two substitutes filling in, one who was here for the last set of years and the other one who’s been at Redwood for really long and knows the system,” said principal David Sondheim.  “We could not be in a better situation, having lost an assistant principal, and we are very appreciative of Ms. Foster and Mrs. Chelini’s willingness to help us out during this transition.”

Katy Foster, who was an AP for the past four years, stepped down last year to start a charter school in San Rafael called Ipso. She is currently working part-time as an AP at Redwood and part-time as the founding principal of Ipso.

“In a way, it’s sort of like this slower pull away of something that I love,” Foster said.

Having only resigned in June, Foster was an easy selection for the AP position due to her level of experience.

“I knew in the back of my head if we get Mrs. Foster here, it would be no stress,” White said.  “[Jimenez’s resignation] was surprising, a little scary, but as soon as I knew what the plan was, I was good.”

Foster added that her experience with the team at Redwood and love for members such as Sondheim and White made coming back to help an easy decision.

While Foster works part-time in the mornings, retired AP Sue Chelini takes over the role in the afternoons. An AP at Redwood for 13 years, Chelini also has experience with the school and the position.

Throughout her retirement, Chelini continued to lead school tours, serve as the district’s coordinator of athletic programs, and substitute for the APs when they are absent.

Lynch also had familiarity with the district, previously serving as a counselor for both Tamalpais High School and Drake High School before becoming an AP at Tam.

“He grew up in our district and went to Redwood High School, so he knows the ins and outs very well,” Sondheim said. “He really is, we think, a perfect match for us here at Redwood.”

According to Lynch, the transition from Tam to Redwood has been fairly smooth due to the fact that he is an alumnus.

“I feel like I’ve got an advantage compared to most people who are in this situation,” Lynch said.

White feels that Lynch’s past experience as an alumnus of Redwood and an experienced AP has helped him transition into the school.

Usually, each administrative member has specific tasks that they oversee.  However, the unstable positions this year have required the staff to work together and share their responsibilities until a permanent solution is finalized.

Sondheim added that responsibilities are divided amongst the members based on their interests and experience, making the final decision dependent on the background of the new hire.

The administration is hoping to finalize its members in the near future. Classified staff, teachers, community members, parents, students and site admins will be involved in the selection process, according to Sondheim.