Aiming for the goal: Boys’ water polo aims to remain atop MCAL 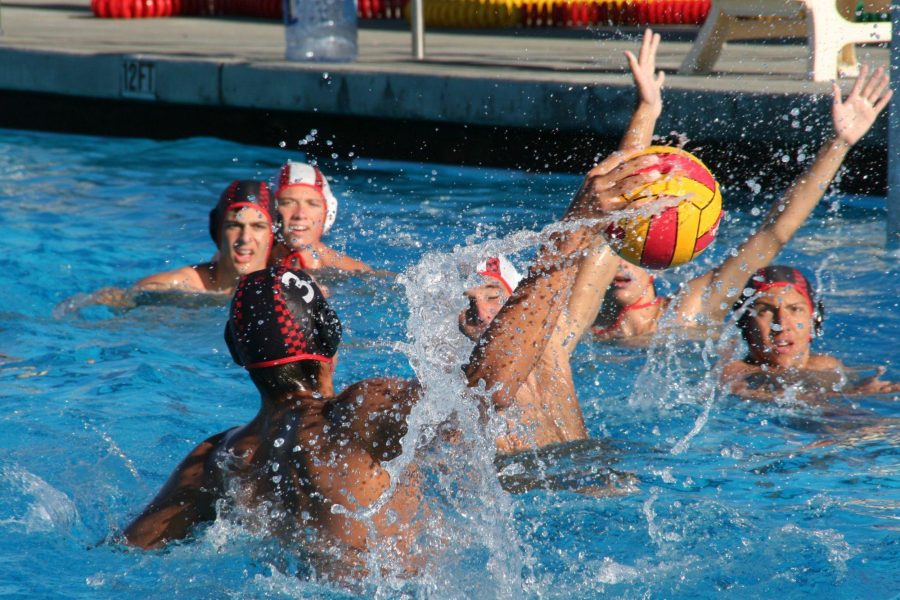 After finishing second in the Marin County Athletic League (MCAL) and losing in the second round of NCS last season, the varsity water polo team has a target on its back as it looks to remain at the top this season.

This year’s team is an optimistic crew after making the MCAL finals three years in a row, but it still knows how hard it is to win in the playoffs.

“I think we will make it to the finals in MCAL,” senior Wyatt Barker said. “It would be a disappointing season if we don’t.”

Despite a strong returning core of seniors with a lot of varsity experience, the team has lost some key players.

“As far as his enthusiasm and leadership on the team, there’s definitely going to be a hole missing there,” Barker said. “We are going to need players like [seniors] Elliot King and Tim Peterson to step up and take that leadership role.”

All league second-team goalie Riley Dow was also a key factor in the team’s success last season, leaving a huge gap for this year’s team to fill.

The starting goalie is still not set in stone, but it is currently a  competition between junior Quinn O’Connor and senior Erik Parawell, according to King.

After defeating Redwood 13-0 last year in the league finals, the Drake Pirates are favorites to repeat as champions.

“Drake is definitely the number one favorite again. They have a team that has been playing together since [the players] were children in a club, year long,” said head coach Rudy Kardos.

King added that Tam will also present a challenge to the Giants throughout the season.

“Tam vs. Redwood will definitely be a good match. It will be a fight for second this year,” King said.

Outside of MCAL, the water polo team will face a new daunting task as they move up to North Coast Section Division I for the first time in school history. This means they will be potentially facing some of the top schools in the section and will have more pressure to do well in MCALs.

“I don’t think we are expecting that much,” King said, “We just want to progress as far as we can because this is our first time in [Division I].”

Redwood will open up its season at Las Lomas on Saturday, September 10.