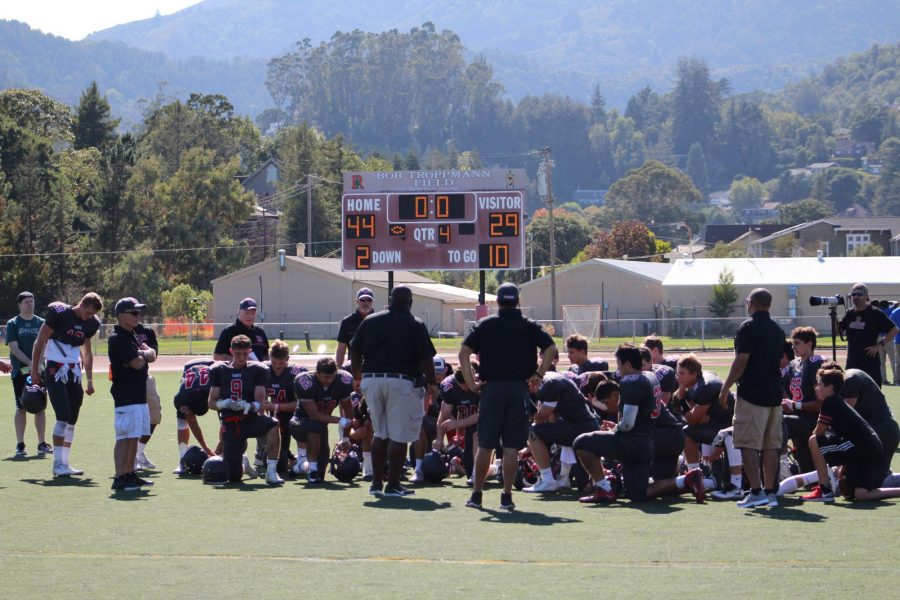 In the 1998-1999 school year, two major things happened for Redwood’s football program: this year’s talented senior class was born and the Giants won their most recent MCAL championship,   eighteen years ago.

A drought of this size is uncommon at Redwood, as there were 18 MCAL championships won by the school just last year, one for each year of the varsity football team’s drought. However, many      of the players foresee a championship on the horizon.

This season, senior captain Nick Calzaretta expects nothing less than to fill the 18 year void with an MCAL championship. 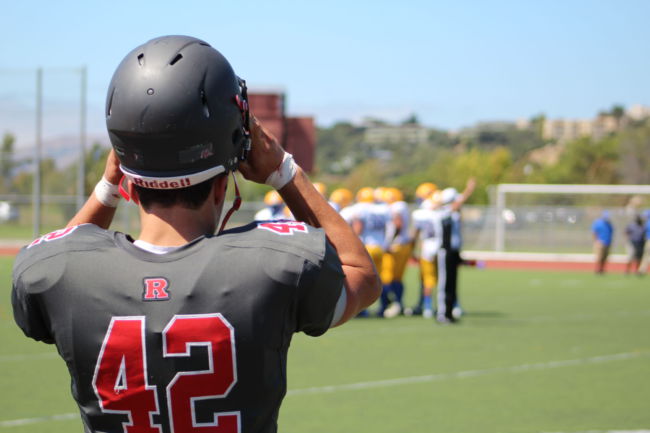 Standing at five foot eleven inches and weighing around 200 lbs, with a 40 yard dash time of 4.57 seconds, Calzaretta is a major part of Redwood’s lethal running attack, rushing for 1314 yards last season, earning him a MCAL first team spot.

Calzaretta compares himself to former pro running back Marshawn Lynch because they both like Skittles, but anyone watching Calzaretta run will see the comparison not because of candy preference, but because of the the brash nature in which he destroys opponents, often needing at least three defenders to slow him down.

Paired with Calzaretta’s downhill-running style is senior Kyle Fulton, a fullback on this year’s team. 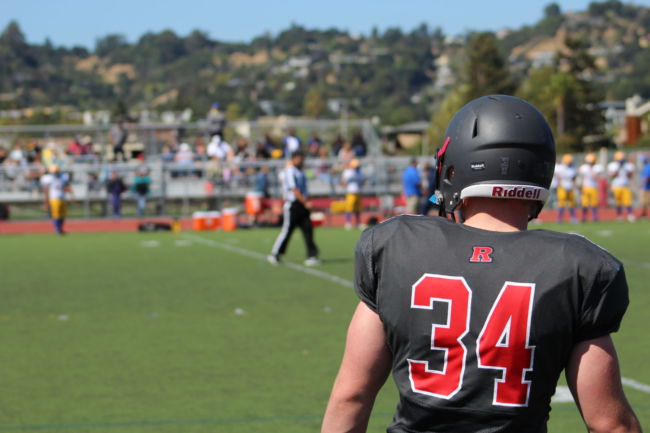 “When I went to camps they’d all compare me to Frank Gore,” Fulton said.

Any football fan remembers Gore’s success as a San Francisco 49er, his methodical running method and ability to find paydirt any given Sunday. The comparison to Fulton is spot on, as Gore was humble, quiet, and efficient, and the same can be said about Fulton, who in his sophomore year two seasons ago was an MCAL honorable mention as a running back.

Fulton usually sees goalline carries and situational runs, but on any other MCAL team he would be competing with Calzaretta for a spot as one of the best backs in the league.

In response, he simply says how he gets to block for the best runningback in the league.

The pair also works together on the pitch, as they are both members of Marin Highlanders Rugby. The two have received offers from different DI schools to play rugby.

Calzaretta and Fulton are a part of a group of teammates who have been playing together since the fifth grade and are now a part of the varsity squad. Seniors Dixon Aguero, Hayden Blum, Calzaretta, Peter Cline, Jax Farrell-Martin, Trevor Foehr, Fulton, Declan Hardiman, Billy Lewis and Alex Wilson all played for the Southern Marin Broncos during their Pop Warner football years.

“Usually the one thing that holds a team back is that no one really knows how each other plays, but everyone on this team has played with each other for almost eight years,” Wilson said. 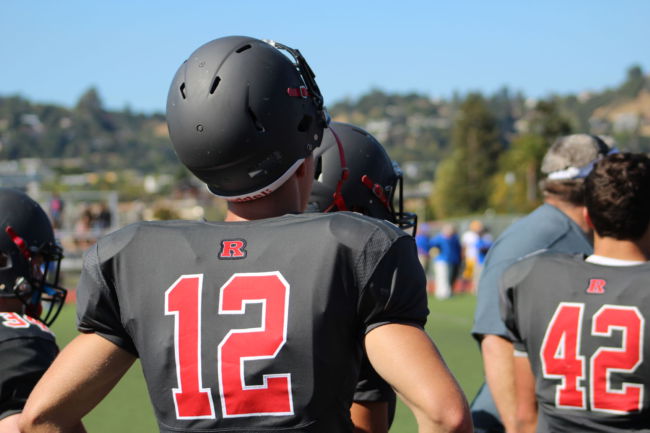 Wilson is another key asset of this year’s squad. He stands at six foot four inches, the same height as one of his idols, legendary wide receiver Randy Moss.

And make plays he does.

Wilson quickly emerged as a two-way threat at Redwood, moving  from quarterback to receiver and also earning an MCAL honorable mention last year as a defensive back.

Calzaretta, Fulton, and Wilson grew up together as a part of the same organizations, Twin Cities Little League, St. Patrick’s CYO, and the Broncos.

Trevor Foehr, also a former member of the Broncos, was thrusted into the starting quarterback job last year as a junior after underperformance and injury sidelined senior Ben Bialla. Foehr was at the helm of a 5-5 season last year, but expects a turnaround this year. 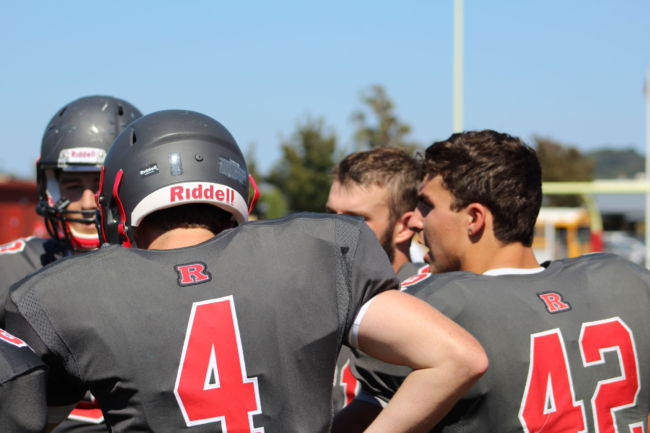 “Last year, I wouldn’t say we dramatically improved, but we definitely saw an increase in quality of the team. We made the playoffs for the first time in ten years, which is good, but this season I expect even more,” Foehr said. “We almost have all returning starters, especially in the skill positions, so I don’t see a reason why we can’t do the best we’ve ever done for Redwood football.”

Foehr and Wilson believe that the Giants have a shot at winning MCAL with a regular season record of 8-2. Fulton thinks this year’s team will lose just one game in MCAL competition, which in his opinion would be a fluke.

The biggest and toughest game of the season will be the grudge match with rival Marin Catholic (MC).

“I know in years past the big game has been MC, and MC is usually at the end of the season so everything builds up to that, but this season it’s our first MCAL game,” Foehr said. “We need to keep focus after playing MC and continue to play out the rest of our MCAL season as if every game was a game to get into the playoffs, which they are, but play them with really strong intensity to the best of our ability.”

It is every team’s goal to win a championship. But when a team coming off their first playoff berth in 10 years is led by  seniors enjoying their last ride, the season has the makings of something special.