Prep of the Year: Hayden Dean 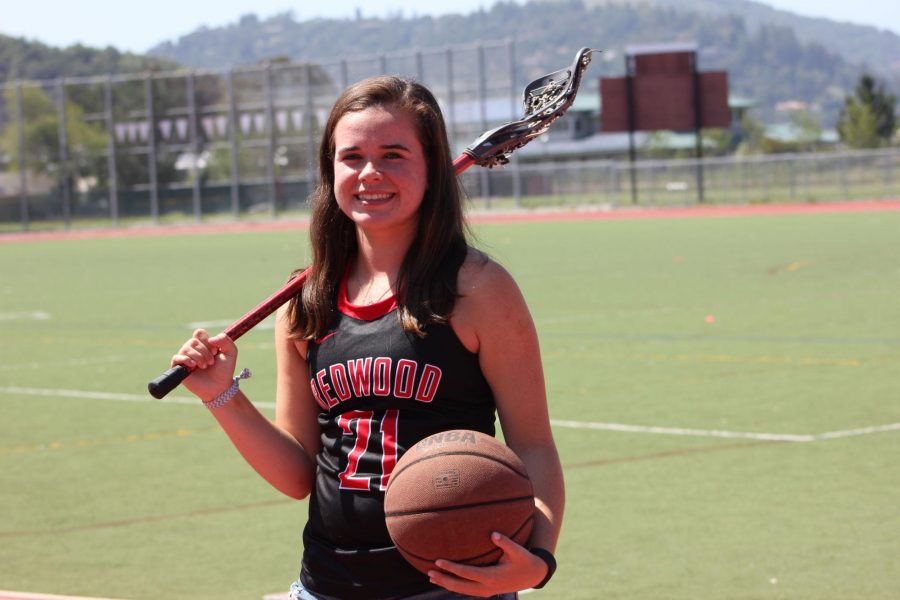 “I’ve fallen in love with sports and I can’t imagine not playing,” three-sport varsity athlete Hayden Dean said.  “They’ve been such a huge part of my life.”

Dean, a senior who was captain of the field hockey, basketball and lacrosse teams this year, said that the concept of improving skills has inspired her to continue pursuing sports for the past four years.

“Throughout high school I’ve become more aware of how much I have evolved as a player,” Dean said. “I would be catching passes that I normally wouldn’t be able to catch. I could be running stuff that I normally couldn’t do before. It’s really good to look back and reflect on those situations. It makes you inspired to work harder and work on your skills so you can keep improving and keep getting better at things.”

Lacrosse, Dean’s strongest sport, has preoccupied much of her athletic career since fourth grade, according to Dean.

Dean committed to the Division I lacrosse program at the University of Denver in the summer following her sophomore year and has spent her high school years dedicated to both Redwood lacrosse and her club team, STICK WITH IT! Lacrosse in Walnut Creek.

Amy McCleary, Dean’s club lacrosse coach, has been one of the most influential people, according to Dean.

“She has really helped me evolve as a player and get the bigger picture of sports. It’s not just about playing the game and winning, it’s about what you get out of the sport that you can transfer into your life,” Dean said.

Dean dubs the team dynamic the most special part of her past four years on Redwood lacrosse.

“It’s a really goofy bunch,” Dean said. “They have such energy and spirit that it’s fun to be around and I think on any sports team it doesn’t matter how well the team does or how talented all the girls are. It’s about [if] you like spending time with them and I would spend a whole bunch of time with these girls.”

Similarly, team chemistry is what Dean will take away from her four years of high school basketball.

“The team dynamic is like nothing I have ever experienced,” Dean said. “Especially this year, even though we had a rough season and we could have been a lot better than we were, it was always great to show up to practice and show up to these games.”

Although Dean does not consider basketball her strongest sport, her energy  and spirit as captain on and off the court was enough to inspire her teammates.

“[My role] was just to lead by example and show the freshmen how we want the teams to be run in the future years and to really give them an example of what they want to work their skills to be,” Dean said.

Unlike lacrosse and basketball, which Dean has been playing since middle school, field hockey was a new but familiar athletic feat for her this fall.

“In the back of my head, I’ve always wanted to try it but there has never been an opportunity,” Dean said. “I grew up in Connecticut, so my parents always say ‘Oh if we still lived in Connecticut you’d be playing field hockey.’ But it just never happened.”

Dean had been hopefully awaiting the formation of the Redwood team ever since it was first mentioned in her sophomore year.

“I never thought ‘Oh it is going to be so much of a time commitment, it’s another sport I don’t know how to play.’ I just kind of thought ‘This will be fun’ because all of us were on the same page. It was really fun because we were all starting from scratch,” Dean said.

Redwood athletics have taught Dean that sportsmanship is about the building a team and a program that girls would drop anything to participate for, according to Dean.

“I [will] take away that it is more about the team and not about the win,” Dean said. “You don’t have to be on top and be number one necessarily in anything to still enjoy yourself.”