‘Cruz’ing with positivity and humor 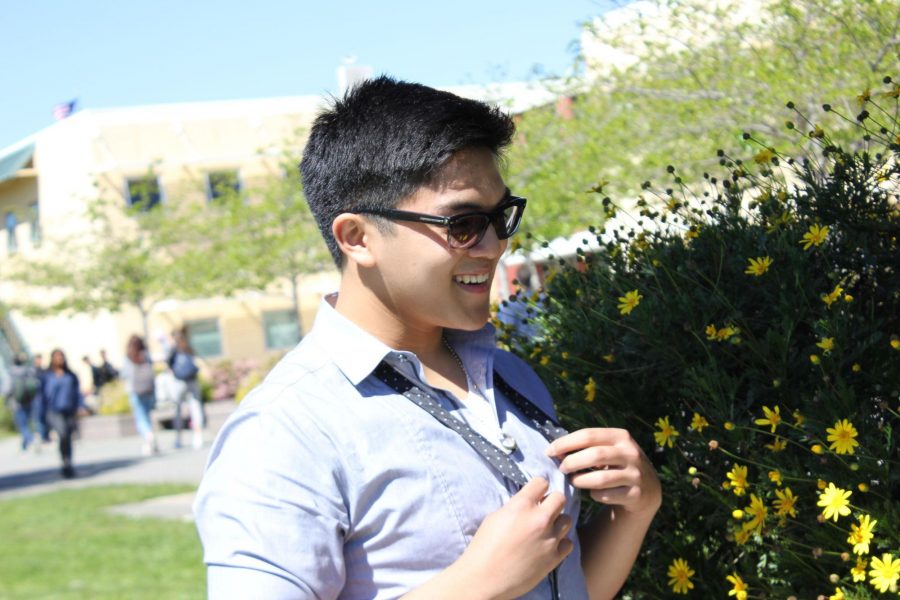 Widely known around school for his spontaneous humor and involvement in drama, senior James Cruz’s ability to make people smile is not unintentional.

Cruz constantly strives to spread positivity everywhere he goes. He actively attempts to make everyone at Redwood happy, whether he does so through a smile or through his consistent sense of humor.

“I’m not so much focused into making people laugh, but more toward the fact that I want to make people smile,” Cruz said.
[soundcloud url=”https://api.soundcloud.com/tracks/266122285″ params=”auto_play=false&hide_related=false&show_comments=true&show_user=true&show_reposts=false&visual=true” width=”100%” height=”450″ iframe=”true” /]

His goal of trying to make people happy started before high school, but he hadn’t acknowledged his efforts until he was assigned a paper in English his junior year.

“I remember writing an essay junior year, they were college essays for practice. I titled mine, ‘The Pursuit of Happiness for Others.’ My whole philosophy behind this was ‘If you aren’t smiling, you aren’t happy,’ which makes everyone around you not happy,” Cruz said. “I tend to try to make sure everyone is happy and try to make sure I am happy too.”

Cruz often uses his positivity and humor to lighten the mood or eliminate complaining.

“Complaining, in general is just a waste of time. There are those homeworks that are super hard and you just want to watch your Kardashians,” Cruz said. “Eventually I just tell people to not worry about their homework and just watch their Kardashians because who cares. So what if a teacher staples a McDonald’s application to your homework when you don’t do it.”

Cruz credits a lot of his humor to the customs of his culture.

“My family in the Filipino culture like to tease each other a lot. You grow up with name calling. In the Philippines, that happens all the time even when you are growing up. When people say stuff to you, you know it is just a joke,” Cruz said.

Although his Filipino culture has helped him develop his wit, the custom of name calling was not received as well in the United States.

“When I got here, I realized that those kind of things actually have effects on people in the long run,” Cruz said.

Cruz’s girlfriend, Cameron Sylla, said she has definitely seen her life affected by Cruz’s positive outlook, as he inspires her to look at every situation with a positive lens.

“Even when he is sad and in bad times, he still radiates happiness and positivity. It has helped me in sad times and happy times,” Sylla said.

“He just had such a vibrant personality and was so funny. I instantly thought that he would be a fun person to hang out with and become friends with,” Sylla said.

To continue his path of positivity, next year Cruz will be studying pharmaceutical care, but not at a school in America. He will be returning to the Philippines due to the lesser amount of time required to receive a degree there than in the United States.

After much thought, Cruz decided to move back to the Philippines because of the prestigious opportunity offered there.

“There is a lot of pressure because the college I will be attending has the highest passing rate for all the schools in the Philippines,” Cruz said.

Although the move and the expectations will be challenging, Cruz is ready for the obstacles he will face.

“It is scary, but it’s a good education and will be a lot of hard work. But with anything you want to do in life, it will take a lot of work. It will be a hard transition but I will get used to it,” Cruz said.