Prep of the Year: Mike Sullivan 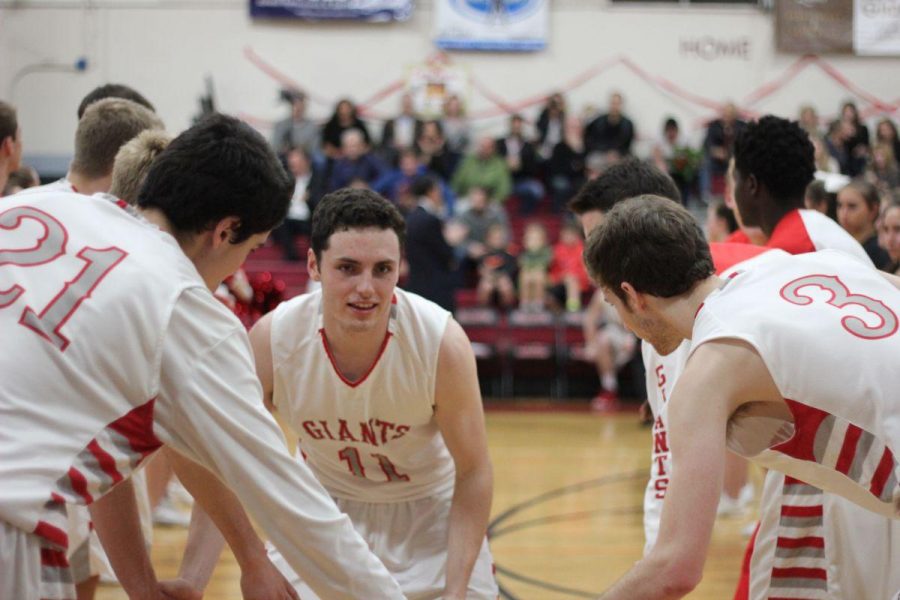 I’m Ever since winning the MCAL and NCS titles in the 2009-2010 season, the Redwood basketball team has failed to achieve its lofty expectations despite having all the pieces of a successful team.

This year, senior Mike Sullivan helped his team live up to its pre-2009 success, shattering records as he lead the team in scoring, assists, rebounds and steals. 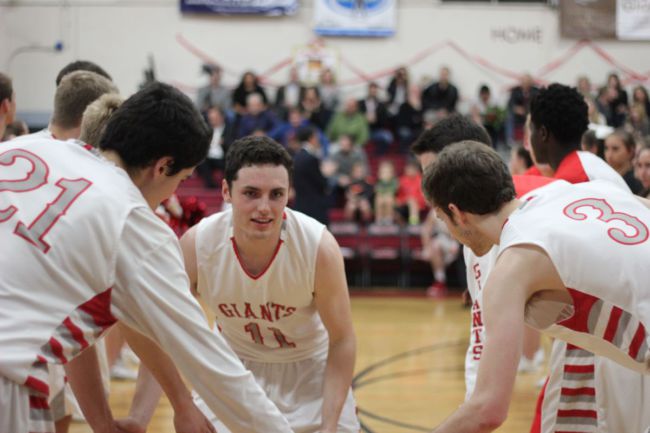 Sullivan was honored on MCAL’s 2016 first team all-league list, averaging 18.1 points per game in MCAL. This award recognizes the top players by position throughout the league.

“The main thing that I learned was hard work and dedication, and that’s something that you carry with you the rest of your life along with teamwork,” Sullivan said. “Putting the team before yourself is really important with any sort of life situation whether it’s friends, family, or work setting.”

“[Sullivan] always had a positive and motivating attitude around his teammates,” Miller said. “He helped me a lot with my game by giving me tips and pointers, even if he wasn’t having a good game or wasn’t in the best mood at the time.”

In the Gant’s first 10-win MCAL season since that 2009-2010 season, Sullivan managed to drop 41 points against Marin Catholic, the most ever by a Redwood basketball player. It was also the first time Redwood has defeated Marin Catholic away from home since 2010.

“I’ve never played well against MC. Well, I did alright one of my junior year games, but the game after that I went 0-12. I did not make a single shot all game,” Sullivan said. “Going into their house [this time], I thought to myself, ‘Alright this is my last time playing these guys, I’m going to put on a show.’ The minute I touched the ball, I knew I was going to play well.”

Sullivan said focusing under pressure is incomparable to any other feeling.

Miller observed Sullivan carefully throughout the season, and said it seemed as if Sullivan scored 40 every game.

“I think my most memorable moments with [Sullivan] were each other’s ability to execute the pick-and-roll play very effectively,” Miller said. “I’d set a screen, he’d come off it perfectly and make a great pass to me on the roll. We were both hyped whenever we successfully completed this play.”

Sullivan finished fourth in scoring in MCAL, and second in free-throw percentage. He also made 84 3-pointers this season, the most by any player in MCAL history.

“I kind of realized this was my last year playing high school basketball and I wanted to make the most of it. My friends and family were extremely involved and they showed up to every game and showed me a lot of support, which meant a lot,” Sullivan said.

The Giants had their most wins since the 2009-2010 season, and Sullivan led the team the furthest it’s gone in MCAL and NCS competition since that season.

“After the beginning of the season we were losing a bunch of games to tough out-of-league teams. Once we started playing in league, I knew the season wouldn’t be as fun unless we started winning,” Sullivan said.

Sullivan and junior Jordan Jackson combined for 64 of their 98 total points earlier in the season. This was the highest scoring game in Redwood history.

Sullivan plans to attend the University of Southern California next fall and study economics.

“I’m really happy knowing I’ve played my last career game. It’s bittersweet, but I’m happy I’m going to college just for college,” Sullivan said. “Now that basketball is done competitively, it’s time to open new doors and see what else I can do with my athletic ability.”