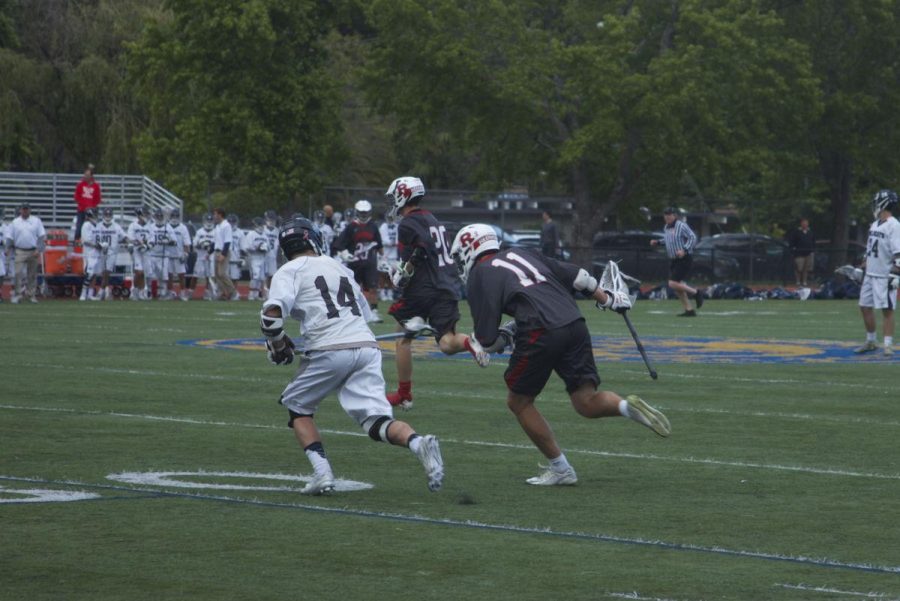 Although the boys’ lacrosse team played aggressively early on, they didn’t have enough firepower to hold back Marin Catholic in the MCAL championship, falling 15-4 on Friday at Terra Linda.

Marin Catholic scored 5 goals in the first quarter, but senior Cole Schneider had the sole goal for Redwood, who fell behind by four points.

Late in the second quarter, junior goalie, Cosmo Taylor was taken off due to a concussion, forcing the backup goalie, freshman Langston Sholl, to step in and finish out the game. The Giants scored 3 more goals as the game continued, but it was not enough to close the gap that Marin Catholic had opened early on.

The Giants will be play in the NCS playoffs next week against Casa Grande on Tuesday. It is possible that they will be without Taylor for the remainder of the season.