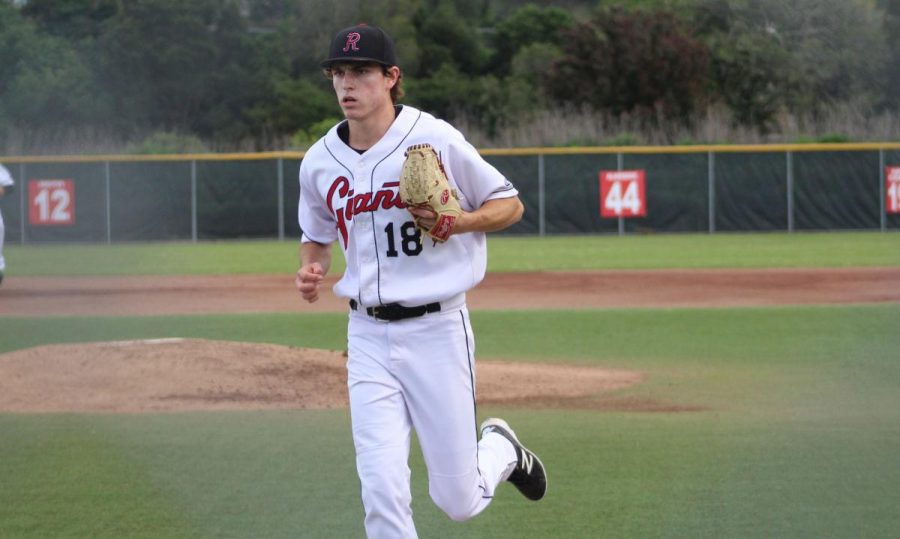 As right fielder Josh Cohen caught a soaring fly ball to end the top of the seventh inning on Tuesday afternoon, starting pitcher Zack Kopstein’s quest for a complete game shutout was fulfilled. The boys’ varsity baseball team picked up the win after beating Drake by a score of 4-0.

After loading the bases with the first three Redwood at-bats of the ballgame, victory appeared to be imminent for the Giants.

These hopes were confirmed after seniors Parker Laret and Erik Doctor both reached home in the first inning by taking advantage of mistakes made by Drake’s defense on two separate failed pick-off attempts.

In the second inning, after rocketing a double down the left field line, senior Nic Gillies scored the third run for Redwood when sophomore Pascal Brassey laid down a textbook sacrifice bunt towards first base.

After singling to left-center and stealing a base, junior Nicolas Belgum was knocked in from scoring position to score the fourth and final run of the game.

The final run of the game was scored when Doctor knocked in junior Nicolas Belgum from scoring position after Belgum had singled to left-center and stole a base.

Belgum has had continuous success throughout this season and the red-hot left fielder/designated hitter went three for three with two stolen bases in Tuesday’s game.

Another standout performance featured Tuesday was delivered by Kopstein.

“At the end of the day, we got a win and that’s what really counts—but it is really nice to see a zero on their scoreboard,” Kopstein said. “It makes the job easier for our offense.”

The Giants play their next game against San Rafael High School on Friday afternoon.