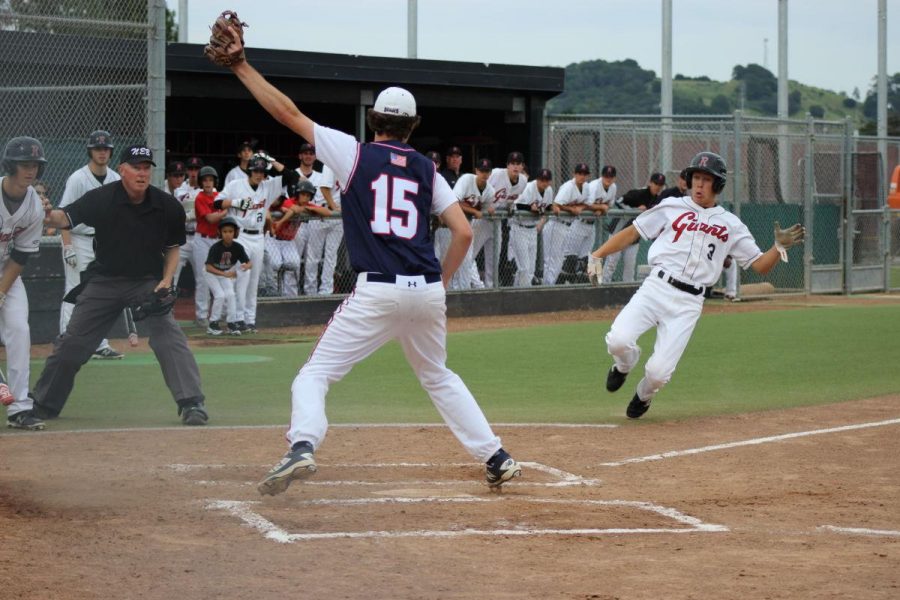 The boys’ varsity baseball team stole a win from Justin Siena 2-0 on Tuesday.

The air was crisp as the Giants ran on the field to redeem themselves after they lost their first league game against San Marin, 3-2.

Redwood scored its first run in the third inning when junior Nicolas Belgum hit a single and later scored because of a series of errors.

The Giants kept the score at 1-0 until the bottom of the sixth inning when junior Henry Zeisler hit a single and advanced on a bunt by senior Zack Kopstein. Zeisler scored on an error, bringing the score 2-0.

“The team came back real nice after a tough loss to San Marin before break and we’re excited for the second half of the season,” Belgum said.

The Giants play their next game Thursday against Sir Francis Drake High School at home.