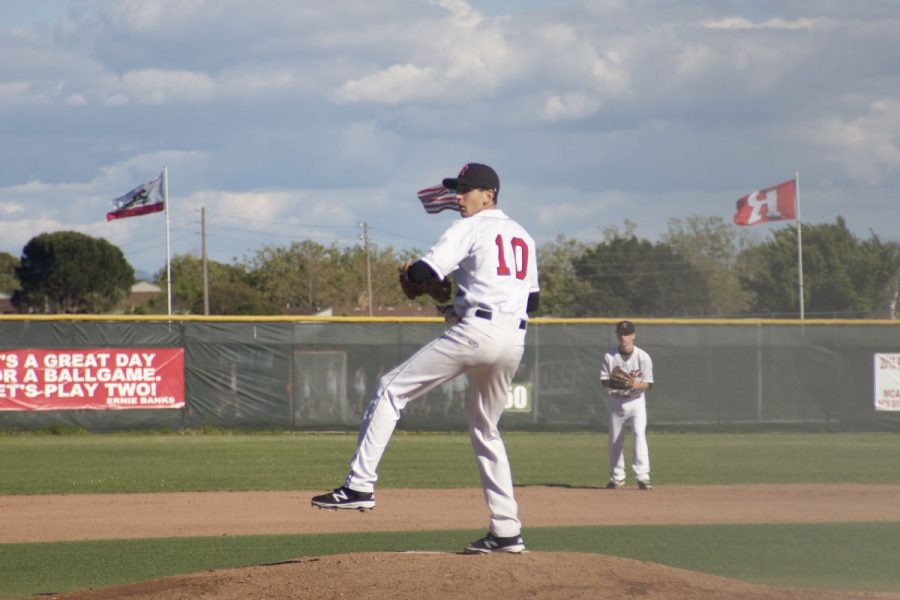 Off to a bumpy start, sophomore Josh Cohen had walked his first few batters. Assumably nervous, he took a deep breath and threw a strong pitch straight down the center of the plate. “Strike!” the umpire grunted. A noticeable sigh of relief spread across the crowd. He had found his groove.

Cohen went on to pitch the rest of the game until the seventh inning, when junior Zach Tonnerre came in as the closer.

The Giants were up by three runs for the entire game, until they lost their lead in the top of the 7th inning due to a few sloppy plays.

Tension rose in the bottom of the 7th, while parents shifted in their seats, praying for the game not to go into extra innings.

The Giants then loaded the bases, with each batter consecutively hitting singles. Then, junior Nicolas Belgum came up to bat and layed down a suicide squeeze to plate the winning run.

The win lifts Redwood’s record in MCAL to 5-0.

Their next league game is against Branson on Friday at College of Marin.