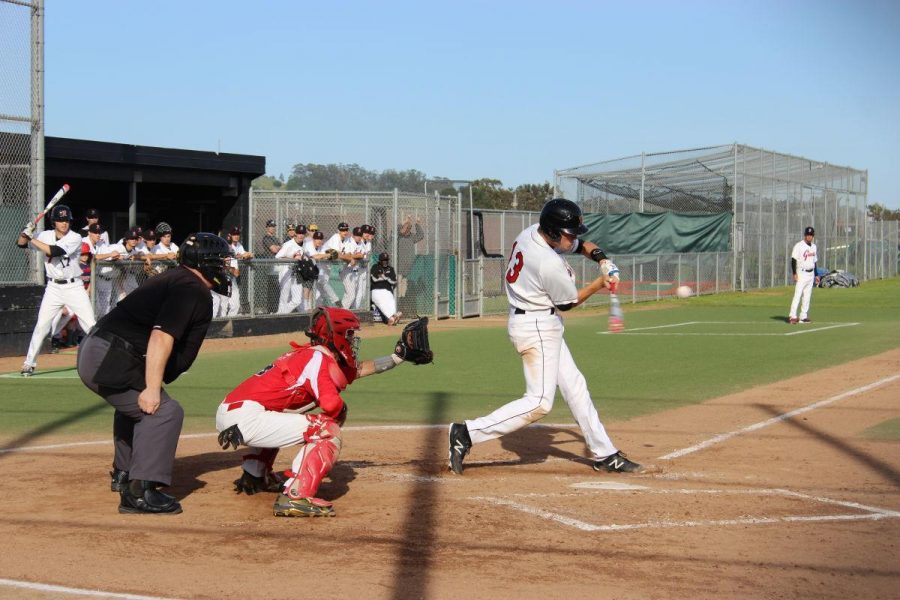 The Giants were up 1-0 when junior Nicolas Belgum hit a single that was followed by six consecutive hits.

Senior Parker Laret followed up with a double as Belgum ran from first plate to home, bringing the Giants to a 2-0 lead. Junior Aubrey Sine then hit a single as Laret ran to third and senior Erik Doctor laid down a bunt that hugged the foul line to send Laret home.

Junior Henry Zeisler followed up with a single as Sine ran home from second, giving the Giants a 4-0 lead. Zeisler then stole second and senior Zach Cohen hit a single to bring both Doctor and Zeisler home. By the end of the inning, the Giants had jumped ahead 6-0.

“We weren’t hitting their pitcher early, but I was confident in my teammates that we would eventually get to him, which we did later in the game,” senior Zack Kopstein said.

The game was scoreless for the first three frames until the bottom of the fourth when Doctor hit a single followed by Zeisler, and Doctor ran home making the score 1-0.

“The key thing is to get that first run in, so it was good to get on second and have Hank [Zeisler] knock me in,” Doctor said.

Kopstein had a steady game, pitching six strikeouts, and only giving up six hits to San Rafael.

“As a pitcher, I just tried to make sure I kept us in a position to win the game,” Kopstein said, “Knowing the other guys behind me are there to pick me up both offensively and defensively is huge. Even when the game was tied early I felt comfortable on the mound.”

San Rafael scored two runs in the top of the 7th when Jack Orofino and Nathan Zaltsman both had RBI hits.

The team’s next game is at home on Tuesday against Novato at 4:30 p.m.