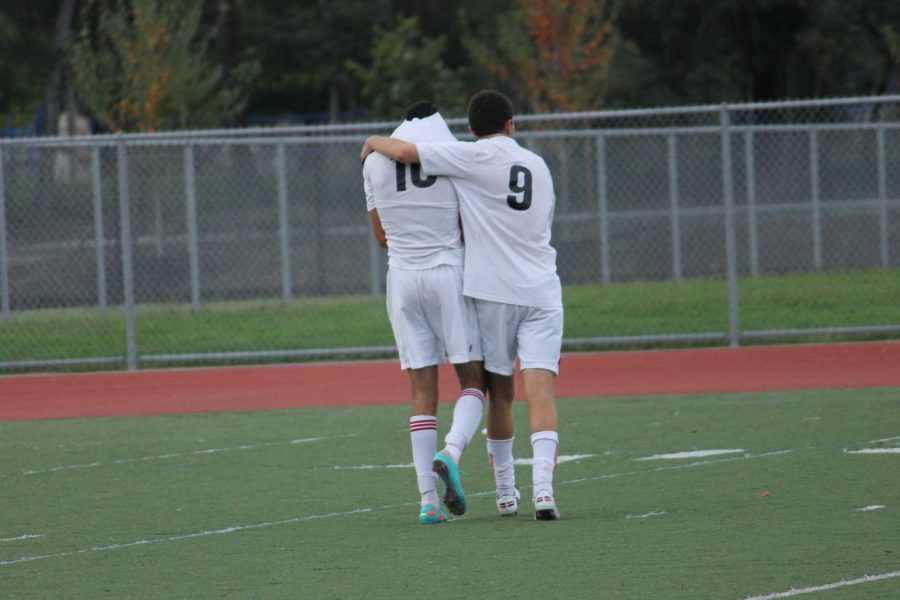 Marin Catholic earned a penalty kick in stoppage time after a handball by a Redwood defender in the 18-yard box gave the Wildcats the opportunity to win the game. Marin Catholic’s Jonathan Bartfield took advantage of the penalty kick, perfectly placing the ball past the outstretched arms of goalkeeper Will Finnie for the winning goal.

Marin Catholic has knocked the Giants out of the MCAL and NCS playoffs, even though Redwood swept their two regular season meetings.

Both of Marin Catholic’s goals resulted from successful penalty kicks after disputable calls by the referees, the first of which occurred just before halftime.

The Giants scored midway through the first half on a goal from leading scorer Sasha Boussina, who tucked the ball past the goalkeeper after a hectic struggle for the ball in front of Marin Catholic’s net.

Like their previous encounters with the Wildcats, the game was physical, resulting in numerous yellow cards and warnings issued to both teams throughout the game.

Adding to the tension, midfielder Lucas Wong returned from his four-game suspension, which occurred against Marin Catholic in an MCAL game last month.

The loss completes a season in which the Giants finished second in the MCAL standings and advanced to the league semifinals. The team finished with a record of 11-6-3 overall.