Pinhole cameras are the root of photography 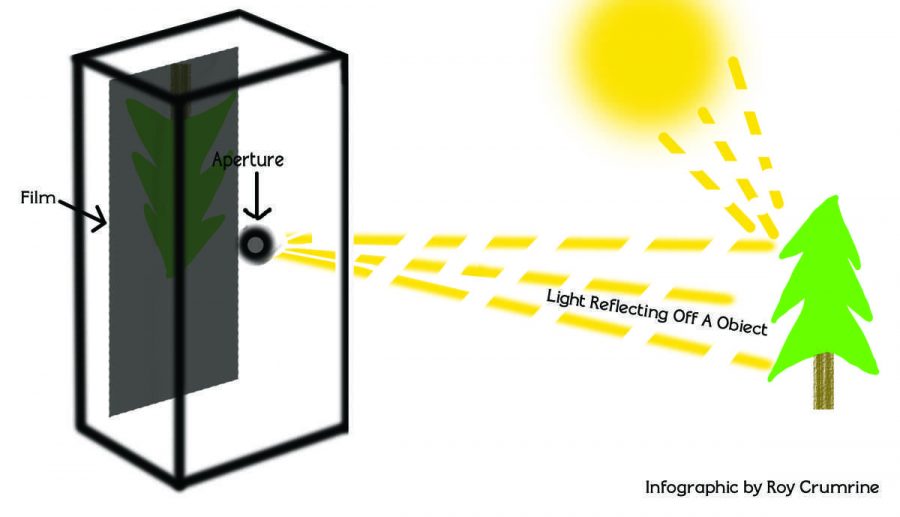 Whether they love it or hate it, Redwood photography students have all come in contact with the foundation of the art form: the pinhole camera.

“It’s one of the first things we do,” said photography teacher Susanne Maxwell. “It’s the foundation of what we do.”

First used to take photographs in the 1800s by Scottish scientist Sir David Brewster, the simple machine “changed the whole history of art,” Maxwell said. Pinhole cameras spread across the world over the next century, used by both professional artists and the general public.

The behavior of light through a pinhole had been studied as early as the 5th century B.C. Artists used the pinhole to project a larger image of their subject as a drawing aid, astronomers used it to correct the dates of the equinoxes, and scientists used it to first discern the linearity of light.

A basic pinhole camera, or “camera obscura,” features a box with a single hole on one end and a light-sensitive mixture on the other to capture the image. Pinhole cameras have nearly an infinite “depth of field,” or the distance between the closest and farthest recognizable features in the photograph, due to the way light enters the opening. 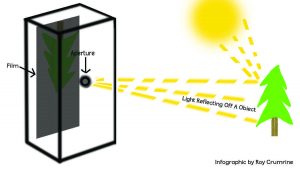 “You’re not looking through it, you’re making the composition by guessing. You don’t have an [eyepiece] to look through,” Maxwell said. “Understanding light and composition and controlling light is what makes you an outstanding photographer.”

Students in the photography program are required to create a pinhole portfolio consisting of 15 images. Photo 1 students can take pictures of any subject while Photo 2 students must capture images of Redwood that can’t look like they were taken of Redwood, which is a little bit harder, according to Maxwell.

“In Photo 1, I have [the students] build their own pinholes,” Maxwell said. “You find a vessel, and there’s many ways you could do that, and it’s kind of a huge problem solving thing because it has to be a light tight vessel.”

Professional and student-made pinhole cameras line Maxwell’s classroom, some of which are crafted from ornate wood and some are simply constructed out of iPhone boxes.

“Some people think [photography] is easy, you think you can just come in and push a button, but there’s really a lot more behind it,” Maxwell said. “ Photography means ‘writing with light.’ We learn how to write with light.”