Hectic and electric: Jesse Petersen assembles his own guitars 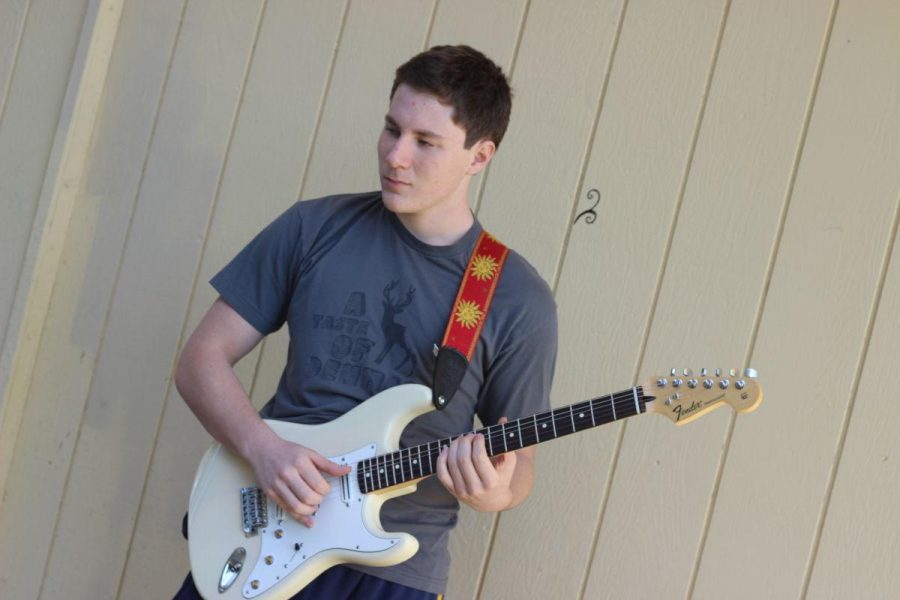 Petersen with his second guitar

When most people need a new guitar, they look to their local music shops or search online, but not junior Jesse Petersen. Beginning in his freshman year, Petersen assembled his own electric guitar, crafting an instrument he thought held much greater sentimental value than something that could be purchased.

“[Assembling a guitar is] a lot more fun than just going out and buying a guitar,” Petersen said.

Assembling your own instrument may require more effort, but it leads to a more satisfying payoff than buying one in a store, Peterson said, noting that it is not as difficult as it seems.

Petersen created his first guitar on his kitchen table by putting each part of his new instrument together on the frame and connecting the neck, knobs, pickups, and switch. He also grounds the various wires.

“It’s made exactly the way you want. It has all the parts,” Petersen said. “It’s basically just screwing stuff in.”

The majority of the work comes from soldering—a technique that involves connecting metals and wires—and putting the wires, pickups, and various other electronic components on the guitar. The only tools Peterson uses are a soldering iron, a screwdriver, and an Allen wrench.

This year, Petersen contemplated upgrading the guitar he built his freshman year, but eventually decided to assemble a new one from scratch instead.

“I had so many parts for it,” Petersen said. “If I just got two more parts, I’d have a another guitar anyway.”

Petersen obtained the guitar parts in a variety of ways: He bought them from music stores, took parts off of old amplifiers, and shopped online.

Petersen said that his second guitar was much easier to build than his first. While building his first guitar, he ran into several problems—there were broken parts and some of the wiring was soldered poorly. He built both guitars through trial and error, plugging the guitar into an amplifier and evaluating the sound.

Petersen had honed his craft by the time he started making his second guitar. The wiring used to take him about an hour or so, but Petersen’s new soldering iron allowed him to accomplish the same goal about 20 minutes.

Starting from a pre-cut frame, Petersen was able to screw everything together with greater ease than the first time. With each new guitar he builds, he believes he’ll increase his productivity.

“Playing on it is no different than playing on any super nice, brand new guitar,” Petersen said. “It’s really easy to go and buy one, but if you figure out how to [build a guitar], it gets to the point where it’s easy.”

Petersen plans on assembling more guitars in the future, and possibly even selling them. In the meantime, he urges anyone who is considering assembling their own guitar to go for it.

“You’re going to mess up on a few things, but you won’t regret it and you’ll want to keep making more,” Petersen said. 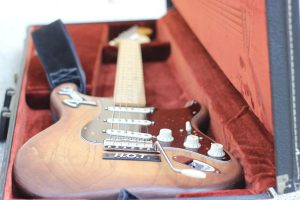