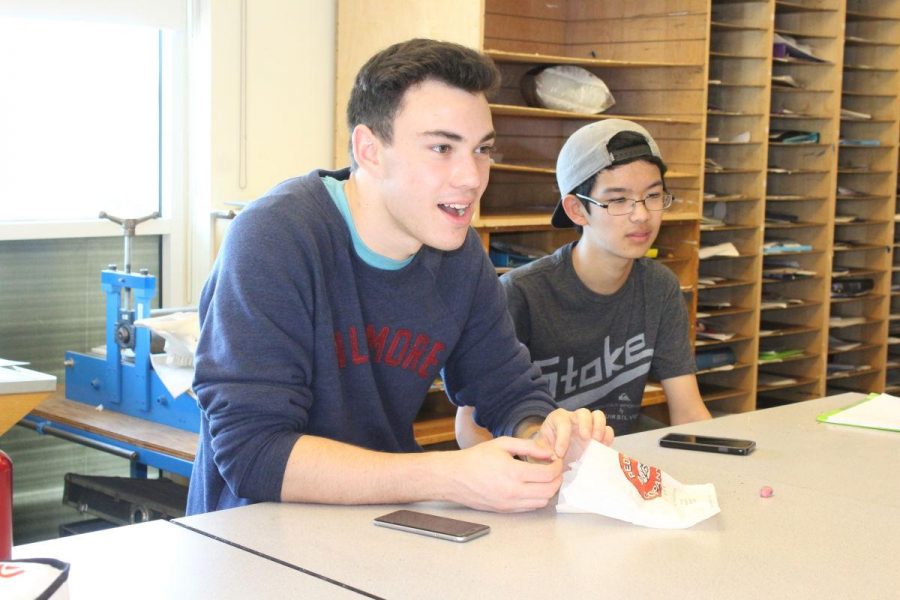 Co-founder Jason Silberman, sophomore, explains the goals and founding pillars of the charity and club chapter.

Sophomore Jason Silberman was all smiles and big gestures as he described his new club, which also happens to be a pilot chapter for a charity organization by the same name, Farepath.

The goal of the charity is to inspire people to collect and donate food year-round, rather than just during the holiday season. The organization is centered around a smartphone app and website; Silberman is working to create the website alongside the founders of the charity.

The app also has a competitive aspect—collectors can see how they stack up against other collectors in their area. According to Silberman, he and the founders hope this will appeal to people’s ambitious nature and drive them to collect more food.

The collected food is donated to food banks throughout the Bay Area to help families in need. According to club secretary and sophomore Luna Zirpoli, one of the founders of Farepath also donates some of the collected food to another food charity organization called College Track, which donates food to college students that can’t afford food. 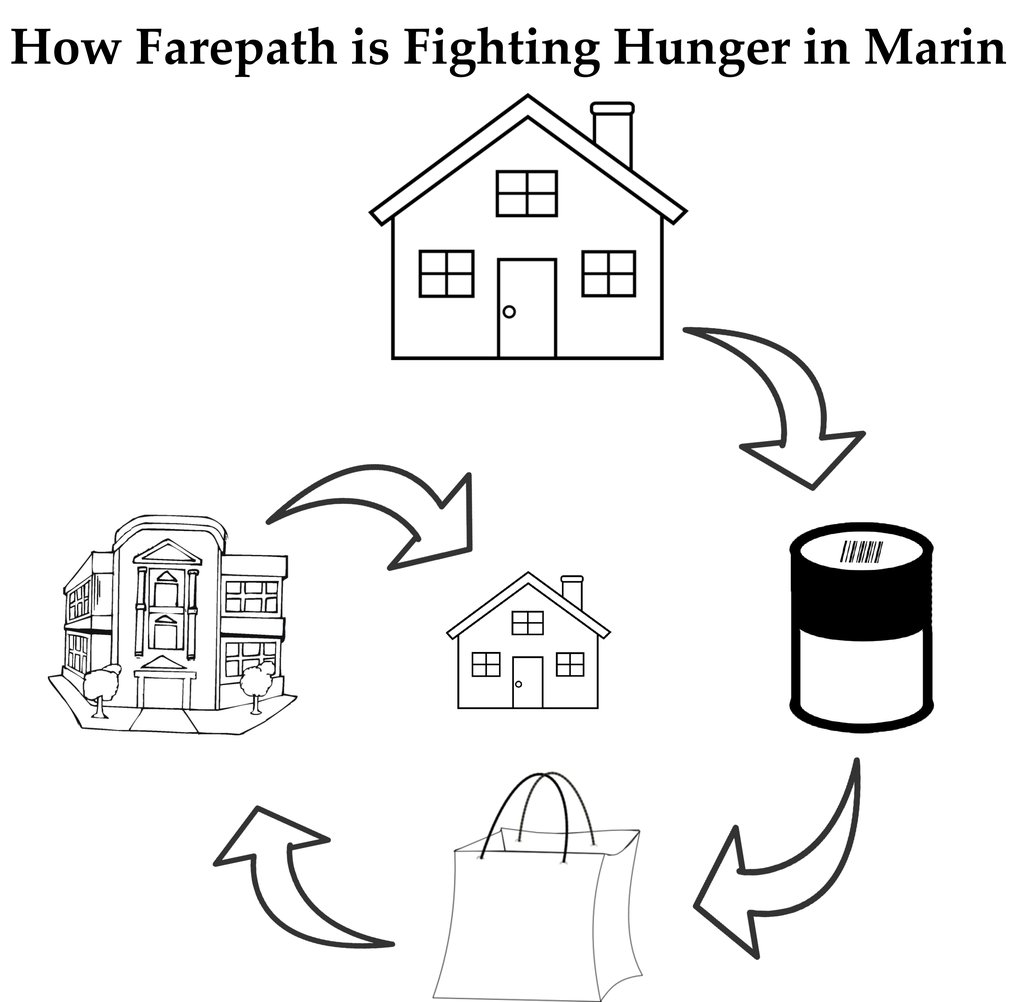 “I hope that people see that by helping others, you’re also helping yourself and helping everyone around you to make the community a better place,” Silberman said.

“This is a really great thing. I think that people aren’t aware that there’s hunger in Marin and so I think it’s really cool that we’re talking about it,” she said.

Silberman was introduced to the charity founders while shooting photos at the Marin Headlands in July.

“These guys had a drone, and I thought that was super cool and so we started talking to them,” he said. After an extended conversation, Silberman obtained the men’s emails and soon began working with them to design and create the app and website. Despite the four founders living internationally, they communicate constantly through Google Hangouts and Skype to create a cohesive platform.

According to Silberman, the founders started Farepath studying at a college in Indiana. They collected one can of food from donors a week, and were able to implement a successful charity at the school.

The founders currently live around the world, and manage the charity as a hobby alongside other full-time jobs.

Silberman’s club is the charity’s first high school chapter,and according to Zirpoli, this has allowed the club

members more freedom to have a say in how the club is organized. However, this can also be slightly difficult.

“In a way it’s hard because we’re the first trial, so it’s a learning experience,” she said.

“You say Red Cross and everyone’s like, ‘Oh, Okay,” Ratcliff explained. “We just have to get the word out. I think the goal is to have everyone know in the next couple of years what this [charity] is.”

Silberman became interested in coding in sixth grade and is entirely self-taught. He has designed two apps in Apple’s App Store, Tasky and Spoook, neither of which are still available. However, he has found a particular passion in designing the Farepath app.

“I really like solving problems and critical thinking, so that’s why I like coding. I’m also making something. There’s a blank screen and I’m making it do something, making something to help people,” Silberman said.

Club headquarters are in art teacher Nicole Mortham’s room, room 404, and meetings are held during Wednesdays at lunch.