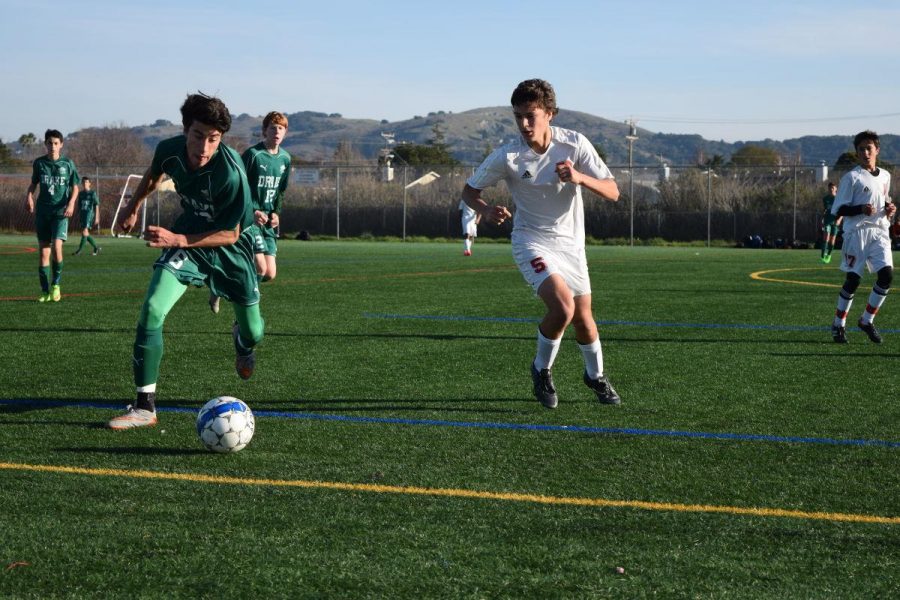 The boys’ JV soccer team suffered a close defeat of 1-0, ending the season with a record of 10-2-2 on Friday.

Most of the game was a fast paced back and forth affair between Redwood and Drake, with both sides taking shots at each other’s goals throughout the first and second halves.

Neither team yielded to the fast pace, with players like sophomore Rivaldo Rodas driving the ball past scores of Drake players, toward the opposing goal.

Undeterred by Drake’s offense, sophomore goalie Justin Neustaetter blocked several shots before a ricochet allowed Drake to tap the ball in, giving the Pirates a one point lead in the final five minutes of the game.

Sophomore Oliver Sagastume attributed the loss to a change in the typical starting line-up.

“[Coach] usually has a set squad to start but this time he changed it, and that squad wasn’t the best,” Sagastume said.