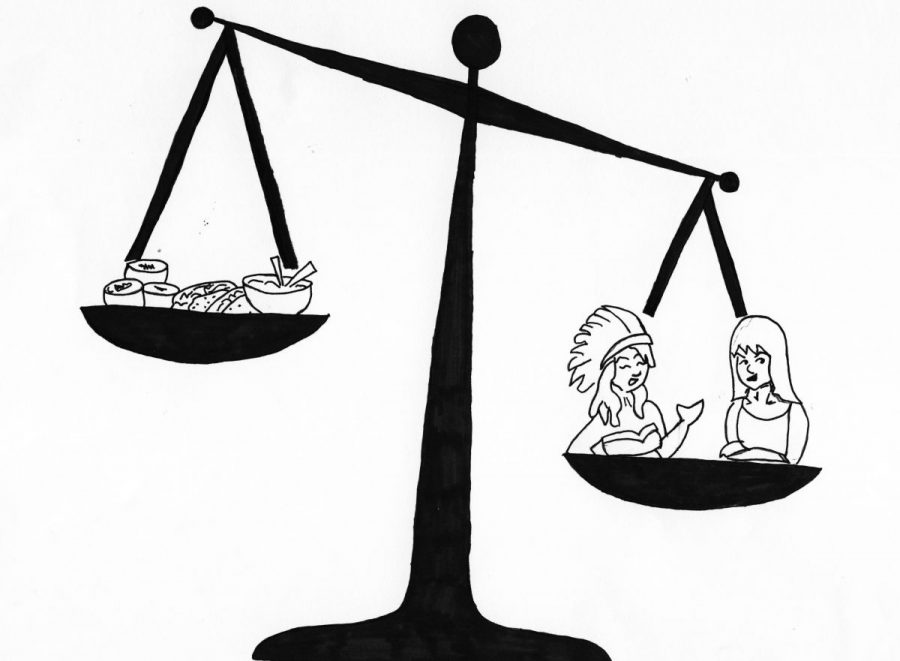 In the final months of 2015, a new movement emerged in the media, dubbed the “Culture War” by The New York Times. College students and faculty were criticized for practicing “cultural appropriation,” which is when one culture adopts elements of another. The term typically carries a negative connotation.

We most often see the debate about cultural appropriation appear in news linked to college campus events. However, the term’s use has extended beyond problems that deserve media attention and onto trivial events that threaten its validity and significance.

At the end of December, a group of Oberlin College students made headlines in The New York Times and other national publications because they were discontent with school’s food, which included a reportedly “soggy” version of the Vietnamese banh mi sandwich, a Chinese General Tso’s chicken dish that was steamed instead of fried, and sushi that was said to have been poorly prepared, among other items. The students claimed that—because the food at their school didn’t taste authentic enough—the cafeteria staff was culturally appropriating the cuisine.

While it’s unfortunate that the food in the school dining hall left something to be desired, poorly made sushi in no way measures up to the scale of cultural appropriation that has been observed on other college campuses. When the media regards it as such, it detracts from and therefore diminishes the magnitude of the root issues that exist in our society.

Who is to blame for the exaggeration and overuse of this term? It’s not a new phenomenon for college kids to complain about the quality and authenticity of the food in their dining halls, yet somehow, this time, such complaints earned national coverage. We need to hold the media accountable for furthering an exaggerated view of the “culture war” on college campuses because its coverage runs the risk of making a joke out of an issue that must be taken seriously.

The instances of cultural appropriation that do warrant national headlines often stem from larger issues, such as racial discrimination and gender inequality.

On some campuses, fraternities have been cited for holding parties deemed racially offensive by school administrators, such as a Kanye West-themed party that took place at UCLA to which some students came in blackface. The debate regarding cultural appropriation intensified around Halloween, when many schools, including Yale and the University of Washington, warned against wearing culturally offensive costumes, such as dressing as Pocahontas or a samurai warrior. At Claremont McKenna College, a photo of students dressed in sombreros and woven ponchos offended some of the other students and augmented the discussion of the controversial topic. No matter how you believe cultural appropriation should be handled on campuses, it’s clear that many of these issues stem directly from problems that deserve the limelight in the media.

While it is important that the media continues to spur discussion about cultural appropriation, it must not call attention to smaller matters because doing so devalues the worth of the term. As media consumers, we need to recognize the difference between cultural offense and poor culinary abilities, and only support publications that do so as well. If we begin to associate every interaction between different cultures as cultural appropriation, it ultimately stalls our progress toward finding solutions to the problems at the core of the real “culture war.”