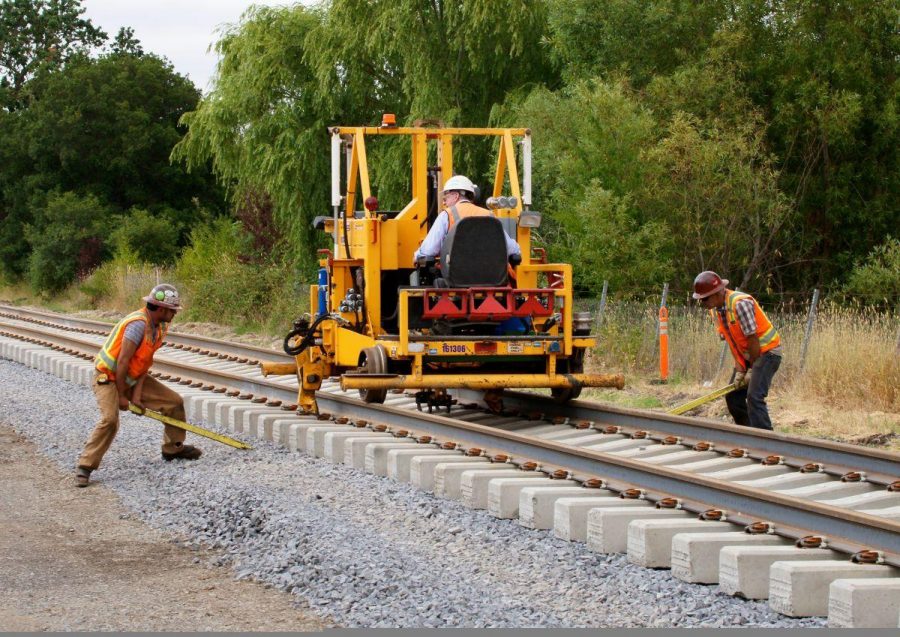 After congressional approval of a federal spending bill in late December, the new Sonoma Marin Area Rail Transit (SMART) train will be extended from downtown San Rafael to Larkspur.

Although passenger service for the original initial section of the train will begin in late 2016, the extension of the project to Larkspur might not be completed for multiple years, possibly in 2019, according to Kevin McGowan, Assistant Public Works Director and City Engineer of San Rafael.

The completed tracks will start in Cloverdale, Sonoma County, and end across the street from the Larkspur Ferry Terminal, where a pedestrian overpass has been constructed to allow commuters to get from the train to the ferry without having to cross the road.

“The intent is to try to improve transportation aspects throughout Marin and Sonoma,” McGowan said. “Get folks to the ferry and off the highway.”

The project will cost an estimated $541 million to construct, along with $19 million per year of operating and maintenance costs. The majority of the money will be raised through existing funds, sales tax and fares, according to SMART.

Senior Jordan Byck, a member of the Redwood Mountain Bike Racing Team who often bikes in the area of the infrastructure, said that the new overpass would be extremely beneficial to him because it would let him cross over Sir Francis Drake Boulevard without riding on the road.

“It’s going to be very useful for me because it’s going to open up a whole new area for me that I can get to very quickly,” Byck said. “You don’t want to ride in places where there are lots of cars, so I will be using that path a lot to help me stay safe.”

Although the train does not connect directly to San Francisco, it will still help to clear up traffic on Highway 101, the majority of which is bound for Marin and Sonoma Counties, according to SMART.

Trains will utilize “passing sidings,” or short double-railed sections of track, to run both north and south during commute hours, making only one track necessary, according to SMART.