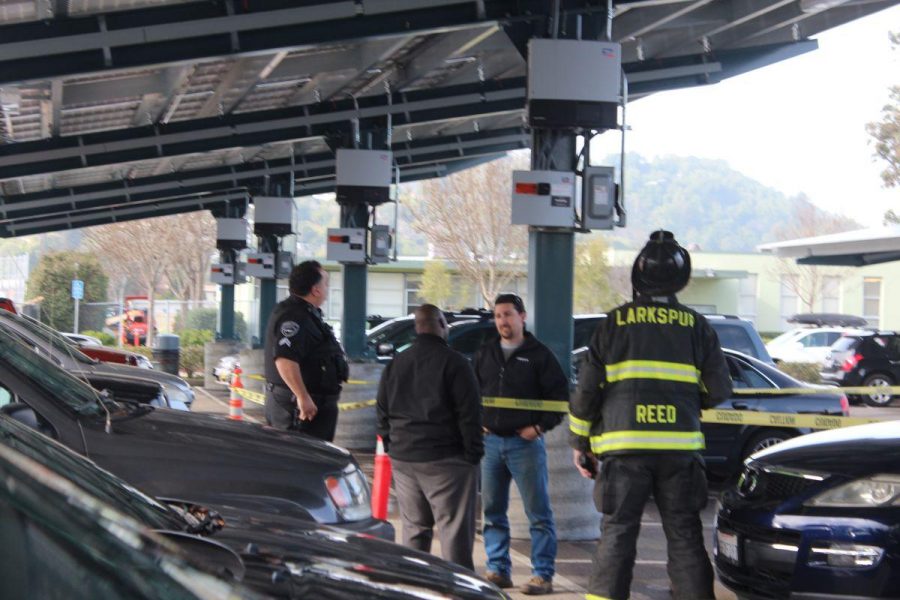 Assistant Principal, Mr. Pratt, a fireman, a police man, and a district official look at the smoking solar panel inverter

Club day activities on Wednesday, Jan. 19 were interrupted by a PA announcement calling four students to the office.

The solar panel inverter was smoking, and the students were asked to move their cars from their spots in the front parking lot to allow the fire department access to the panels, saving their cars from potential ruin.

Principal Sondheim and two administrators worked during lunch with the fire and police departments to clear students and cars from the area around the solar panels.

Engineer Roy Reyes of SunPower Corporation, the company that installed the solar panels at Redwood, stated that frequent rainstorms are most likely the main reason for the malfunction.

Throughout the past week, rainfall has been strong; Larkspur has been hit with 1.22 inches of water since Jan. 3, according to weatherunderground.com.

Principal Sondheim and the fire department declined to comment on the issue.