‘Death of a Bachelor’ breathes new life into Panic! at the Disco 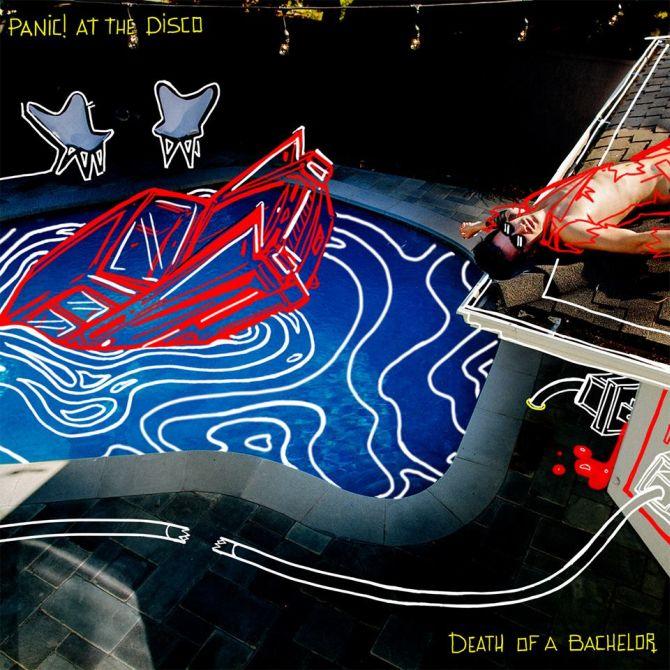 Since Panic! at the Disco’s previous album, “Too Weird To Live, Too Rare to Die,” the band has lost two of its members. This means that though its newest album, “Death of a Bachelor,” is still technically attributed to Panic! at the Disco as a group, the band now only consists of frontman Brendon Urie.

This new release allows Urie to take creative authority and stretch in new directions. Unfortunately, at times his music goes in a million directions at once, causing the album to lack cohesion.

“Death of a Bachelor” is very much hit or miss. Urie brings his musical style back to that of his 2006 release “A Fever You Can’t Sweat Out” with songs like “The Good, The Bad, and The Dirty” and “Crazy = Genius” that are sure to appeal to longtime fans. However, when he attempts to produce more radio-friendly material, it often sounds contrived. 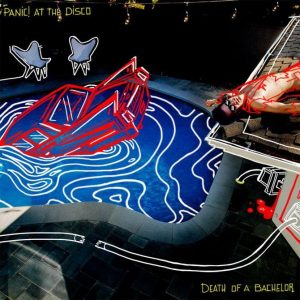 On “Don’t Threaten Me with a Good Time,” Urie takes a page from Fall Out Boy’s “Uma Thurman,” which samples The Munster’s theme song, by borrowing from The B-52’s “Rock Lobster.” In theory, this could be an interesting musical choice, but in practice it just falls flat. When this awkward sampling is combined with vapid, predictable lyrics like, “Who are these people?/I just woke up in my underwear,” the result is extreme disappointment. Urie is known for his lyrical prowess, which he displays in other songs, but “Don’t Threaten Me with a Good Time” fell noticeably short.

In another odd artistic decision, Urie decides to imitate Frank Sinatra’s voice in “Impossible Year,” the closing track on the album, and to a lesser extent in the song “Death of a Bachelor” as well. However, this choice ultimately pans out for him. His voice over the piano melody of “Impossible Year” sounds better than it’s ever been, and the jazz influences affect the rest of his album, drawing it away from an overwhelming pop sound.

In “Impossible Year” and “Death of a Bachelor,” Urie also really pares things down and keeps the backing instruments simple. It’s unusual to see something like this from Urie, and it’s a pleasant contrast to his normal theatrical flair. However, though these two songs are perfectly good, they are stylistically completely different from the tone of the rest of the album.

The song most likely to reach commercial success is either “Emperor’s New Clothes” or “Victorious,” due to their memorable melodies and straightforward beats.

Panic! at the Disco has always thrived by appealing to younger teenagers, and “Victorious” has that catchy, easily-singable quality that is sure to appeal to Urie’s target demographic. It has a nice hook and a more synthesized electronic quality to the backing instruments reminiscent of “Too Weird To Live, Too Rare To Die.” However, at the very beginning of the song, there is an obnoxious verse sung by children, and the song could have been improved tenfold if this part had been cut.

“Emperor’s New Clothes” is the furthest Urie veers into more modern genres. Its beats could easily be found in hip-hop songs, though at the same time his backing vocals might be equally as fitting in a show tune. It’s an unusual blend of genres, one that takes a while to get used to. However, with repetition, this song definitely improves.

Ultimately, “Death of a Bachelor” will appeal to longtime Panic! at the Disco fans, and attract other listeners who say they like pop-punk but really only like pop. However, when Urie gets it right, he gets it right big time. Songs like “The Good, The Bad, and The Dirty” and “L.A. Devotee” make this an album that, despite its faults, is still worth a listen.