“The Wiz Live!” eases down road to success 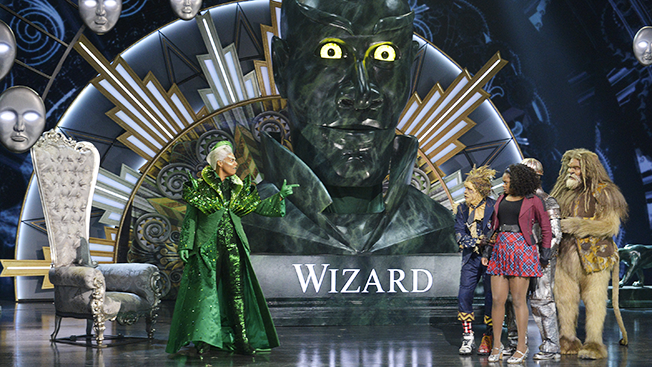 On December 3 at 5 p.m., NBC broadcast its third annual live musical and by far its best one yet: “The Wiz Live!”

The live broadcast was based off the Broadway musical “The Wiz,” an all-Black adaptation of “The Wizard of Oz.” It first opened on Broadway in 1974 and won seven Tony awards, including Best Musical.

NBC’s “The Wiz Live!” was equally as impressive as “The Wiz.” It featured an all-star cast including Queen Latifah, Mary J. Blige, David Grier, Uzo Aduba and Common, which added to the overall quality of vocals and acting in the show.

The show introduced 19-year-old Shanice Williams as the leading lady, Dorothy. Williams has an incredibly strong voice, and she was able to effortlessly hold her own on stage with a her bold stage presence. Dorothy’s character is written as a youthful 17-year-old who is also a brave leader. Williams skillfully embodied the young and innocent side of Dorothy while still conveying her strength and determination.

The NBC production introduced a new song called “We Got It,” written in part by Ne-Yo (Tin Man) and Elijah Kelley (Scarecrow), and sung by Dorothy as a rally cry to get the Tin Man, Scarecrow, and the Cowardly Lion to help her kill the

Wicked Witch of the West, Evillene (played by Mary J. Blige). The song, though well performed, added too much of a modern sound to the show. It sounded too much like a pop song rather than a story-based musical number.

The definitive show stopper was Good Witch of the North Addaperle’s song “He’s the Wizard,” sung by Amber Riley. Riley has a soulful voice and she filled the song with many impressive riffs.

The costumes were eye-popping creations by Paul Tazewell. From the Cowardly Lion’s realistic mane to the bold green

costumes of the citizens of Oz, every piece stood out. Everywhere, there was always some new creation on which to feast the eyes. One of Tazewell’s interesting costume choices was changing Dorothy’s famous “ruby slippers” to silver. Although this may seem like a big deal to many “Wizard of Oz” fans, the color of the slippers didn’t take away from the quality of the show.

The choreography in “The Wiz Live!” ranged from mediocre to stunning. Choreographer Fatima Robinson stuck with a more individualized approach to the dances, choosing to highlight several specific dancers as opposed to the ensemble as a whole. Although the featured dancers were talented, the rare occasions when the ensemble danced together were more impressive and fun to watch. The lack of ensemble synchronicity actually detracted from the dance sequences as a whole.

A clever addition of Robinson’s was the addition of more modern dance moves to the show including the “Quan” and the “Nae Nae” which were clever ways of helping younger audiences relate to the show.

Vibrant set designs by Derek McLane fit well with each scene in the show, and never detracted from individual performers. The giant robot voiced by the Wiz was the only set piece that distracted from the action surrounding it; however, it was the only set

piece for which this attention diversion was necessary. The Computer Generated Imagery (CGI) background designed by Lee

Lodge also added a fun interactive aspect, with virtual spinning tornados and moving mountains that added to the realism of the show.

“The Wiz Live!” differed from the play mostly in its modern take on certain aspects of the show. For example, at the beginning of the performance Dorothy is seen running away from home when she is swept up by the tornado, as opposed to in the play, when she is caught up in the storm while working in her yard. This was used as a way to make Dorothy less of a victim and more a young girl who is choosing her own destiny. This new, stronger Dorothy effectively modernized the age old tale and made it more entertaining.

Another distinct difference is that the Wiz was cast as a woman. Queen Latifah played the Wiz, a magician’s assistant who ran away from her hometown. Upon discovering that the Wiz was a woman, Dorothy’s male counterparts were stunned, but Dorothy’s immediate reaction was, “What’s wrong with being a woman?!” This embodiment of feminist ideals, along with the

other new additions helps “The Wiz Live!” appeal to a wider array of audiences.

“The Wiz Live!” is an entertaining, family friendly show that any person who loves musicals will surely enjoy. Clips as well as

the show in its entirety can be found online on NBC or Hulu.