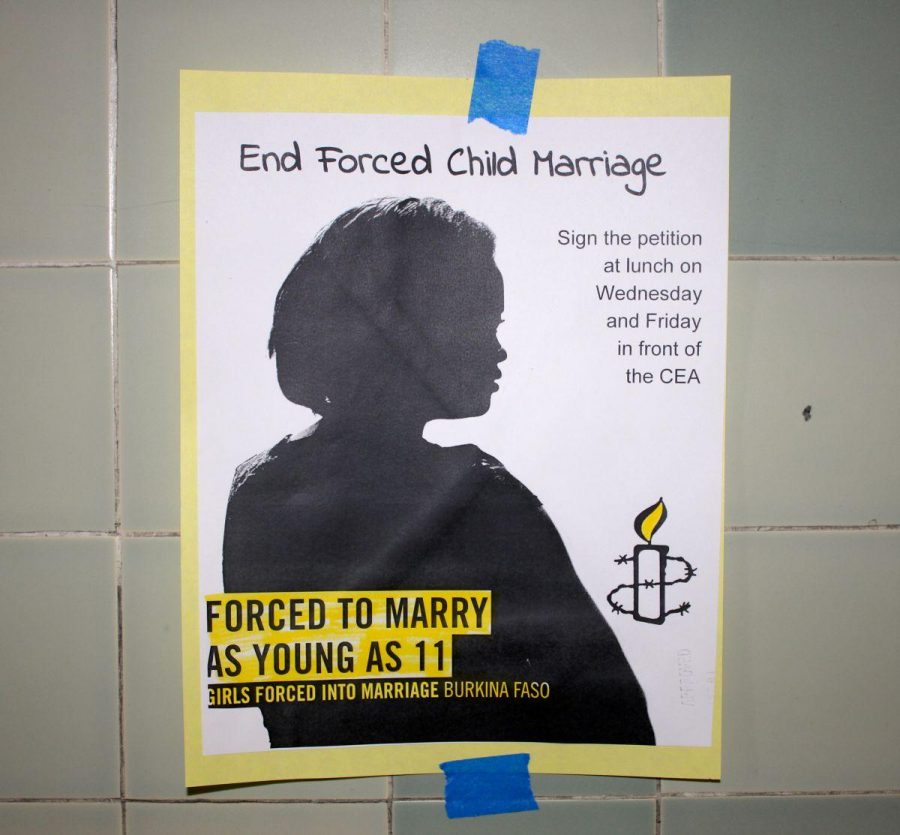 Sophomore Ines Laborinho Schwartz, vice president of the Amnesty International club, was inspired to take action after attending the conference.

“Our first step is making a petition,” Laborinho Schwartz said.

Petition sheets were signed on Wednesday, Dec. 9 and will continue to be signed on Friday, Dec. 11. The sheet will later be sent to the Minister of Justice to help enforce new laws that will defend young Burkina Faso girls.

Amnesty International’s organization advocates for those who have been subjected to injustices or whose rights have been violated around the world, according to Amnesty International U.S.A.’s website. The organization stated that the the Western Regional Conference provided workshops and lectures that helped to educate human rights advocates on current societal issues and ways to tackle them.

Laborinho Schwartz said the club plans to create social awareness within Redwood by putting up posters, and writing letters to government officials as well to help bring attention to unjust international issues, such as the Syrian refugee crisis and mass incarceration in the United States.

“There are four million Syrian refugees, and the U.S. has only resettled 17,000 of them in the past four years,” Laborinho Schwartz said. “We need to remind people that refugees aren’t violent. They have experienced what happened in Paris and are trying to flee from the same people that committed the attacks.”

After their weekend in Los Angeles, Laborinho Schwartz and freshman KaiLi Seekamp, another club member, plan to use the inspiration and techniques from the conference to gain more club members, as well as to help educate all Redwood students.

“I think now there is a firming ‘soul’ to the club. We really understand what we are in the club for and what we are fighting for, and that our work can make a difference,” Laborinho Schwartz said.