In love with the cocoa: Marin’s best hot chocolate 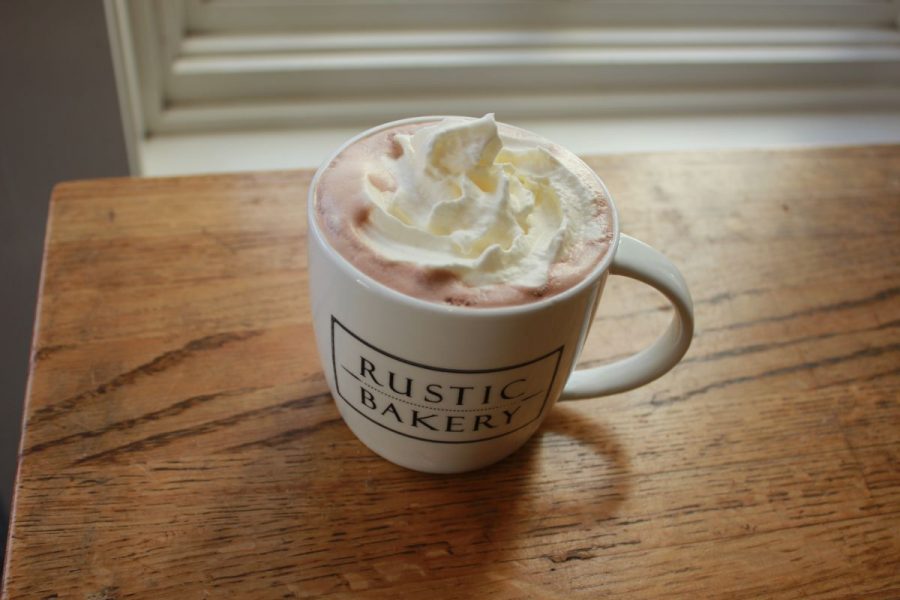 Rustic Bakery serves up a satisfying cup of cocoa

What better way to warm up during the chilly winter season than drinking a cup of velvety hot chocolate topped with whipped cream? The Bark set out to find the ultimate hot chocolate, whether it’s from a trademark chain or a gourmet local eatery. The Bark evaluated the hot chocolate at Starbucks, Peet’s Coffee and Tea, Rustic Bakery, and Emporio Rulli based on affordability, taste, texture, and quality of experience.

Starbucks’ trademark hot chocolate did not live up to expectations. It was rich and flavorful, but the cocoa was fairly overpowering. There was a faint bitterness to the drink on the whole, which was displeasing. Totaling $2.95, a small hot chocolate at Starbucks is quite overpriced because of the meager amount of light whipped cream. One would think that since Starbucks is a chain, its atmosphere might feel impersonal. However, the opposite is true. The baristas welcome the customers and set the mood by playing faint holiday music throughout the café. They were also kind, patient, and accommodating.

Rulli’s hot chocolate was served at the ideal drinking temperature, which allowed for full enjoyment of the flavors. The whipped cream had a kick of vanilla, which was a pleasant surprise, but it would have been extra scrumptious if there were more. The whipped cream served the dual purpose of adding texture to the drink as a whole and balancing the heat of the drink. The rich dark chocolate was prominent in the enduring aftertaste. Even though Rulli’s hot chocolate is the least expensive of the bunch, with a price of $2.25, the quality isn’t compromised.

The hot chocolate from Peet’s Coffee and Tea made a usually pleasant treat utterly unenjoyable. Out of the four cafés, Peet’s served the most mediocre hot chocolate.

It was served at a scorching temperature, which made it painful to sip.The flavor was tasteless, bland and very watered down. Additionally, a small hot chocolate was also quite pricey, costing $3 for a 12-ounce portion. However, Peet’s has perfected the whipped-cream-to-liquid ratio, giving the beverage one redeeming quality. The milk chocolate in the liquid paired nicely with the vanilla-hinted whipped cream. Upon entering the cafe, I was also pleasantly surprised by the cozy atmosphere, which was cultivated through the festive holiday decorations and the warm temperature of the small cafe itself.