Aziz Ansari: The master of Netflix 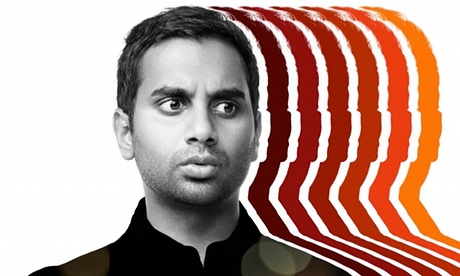 Actor and comedian Aziz Ansari and “Parks and Recreation” producer Alan Yang recently created the new Netflix original series “Master of None.” The show stars Aziz Ansari as the main character, Dev, as well as Eric Wareheim from comedy troupe Tim & Eric as his best friend, Arnold. “Master of None” follows Dev, the son of Indian immigrants, as a struggling actor in New York City.

The new comedy highlights the struggles of millennials in their daily lives, exhibiting the challenges 30-somethings face when doing everything from communicating with their parents, to dating, to finding the best tacos.

“Master of None” pokes fun at youth culture without trying too hard to be hip and relatable, as many other shows do. There are constant references to apps like Uber, Waze, and others commonly used by the younger generation.

The show also covers a more serious topic when addressing first generation immigrants’ relationships with their parents. Aziz Ansari cast his own parents to play Dev’s parents in the show. This gives Dev’s fictional family a lifelike dynamic even though Ansari’s parents aren’t experienced actors. “Master of None” reveals the disconnect that Ansari believes to exist between many first generation Americans and their parents. The show portrays Dev as someone who takes the majority of his life for granted before coming to realize what his parents had to sacrifice for him, perhaps reflecting something that Ansari relates to himself.

In episode four, titled  “Indians on T.V.,” “Master of None” addresses the lack of minority actors on television, referencing the infamous Ashton Kutcher Pop Chip commercial as well as many other unfortunate brown faced actors. It satirically mocks the lack of Indians on T.V. by casting the majority of the characters as Indians in the episode “Indians on T.V.”

Even though “Master of None” is a comedy, it has superb cinematography. Long, drawn-out takes are used to enhance the look of the show. The musical choices also enhance the tones of the show.

“Master of None” utilizes a wide variety of genres of music, from rap to classical to electronic, to help portray the mood of scenes. For example the harsh electronic song, “Come To Daddy” by Aphex Twin is played while Dev witnesses the his friends struggle with raising children, this emphasizes the chaos Dev associates with children .

Overall, the show is both witty and situationally funny with some serious undertones of the uncertainty millennials face as they approach and experience their 30s.

“Master of None” currently has an exceptionally high 100 percent rating on Rotten Tomatoes and is available for streaming on Netflix.