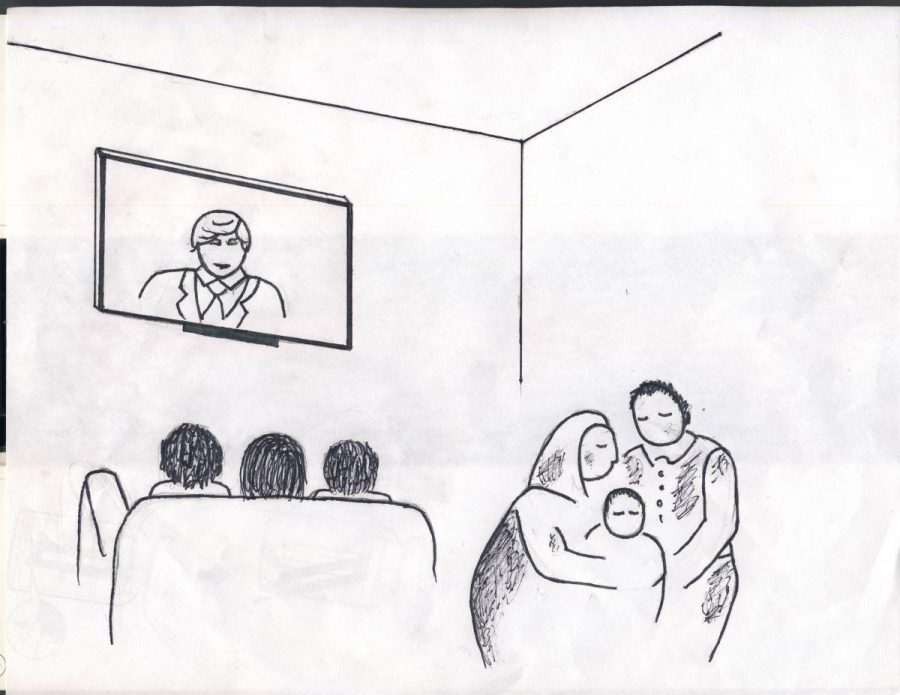 Since 2011, Syria’s bloody civil war has raged on. Approximately 12 million Syrians, more than half of the population, are in desperate need of assistance, according to the United Nations.  Four out of five Syrians live in poverty, unemployment is more than 50 percent, and four million Syrians have been displaced, creating a crisis unparalleled to any other refugee disaster in recent history.

But not enough is being done to help the crisis.  Why is it that we only started to wake up, four years after the civil war began, when the images of a Syrian toddler’s dead body were trending over the internet? Or when the shocking images of the Keleti train station in Budapest were splashed over the front pages of international newspapers? 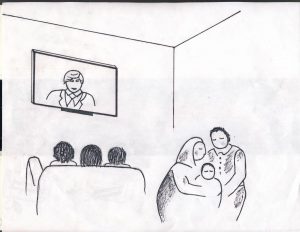 These images tell a tragic story, one that can only hope to have a happy ending once the international community wakes up.

The toddler’s name was Aylan Kurdi and he was three years old.  He was from the Syrian town of Kobani and was just one of the twelve people that died after two boats carrying Syrian refugees capsized while attempting to travel from Turkey to Greece in Sept.

The photos of his body washed up on a Turkish beach went viral under the hashtag #KiyiyaVuranInsanlik, a Turkish expression meaning “Humanity washed ashore.” It is a saying that seems to be an all too accurate description of the international community’s attitude towards the Syrian refugee crisis.

These images are painful reminders of the ongoing tragedy and the overwhelmingly insufficient response on behalf of the world’s most powerful and wealthy countries.

Instead of reacting to this severe crisis, we as Americans have been focused on the Pope’s travel schedule and the presidential race.  The 2016 presidential election is more than a year away, but the Syrian Civil War is happening right now and the refugee crisis requires immediate attention.

Countless times I have heard people say that it is not the United State’s responsibility to provide support for refugees.  However, I am forced to argue otherwise.

I am from Armenia, a tiny Christian country east of Turkey and north of Iran.  Many of my friends and family members moved to Syria following the Armenian Genocide in 1915.  Syria provided my family refuge in their time of need, but they have since been forced to move back to Armenia since the civil war broke out.

This summer I talked to a Syrian friend of mine about the recent crisis.  This girl looks like any other blonde 19 year old at Redwood, but her slight accent and the stories that she told of the war back home reminded me of how different her life in Syria was from our lives in Marin.

She told of how in recent months it had became increasingly dangerous to leave her heavily guarded house in Syria and of the threats that her family had received because they were Christian.

And while one may argue that my personal ties to the refugee crisis is what has shaped my views, my response is: So what?

It is incredibly difficult for students in Marin to comprehend the dangers that Syrian refugees are fleeing.  Being forced to witness the beheadings of neighbors, family members, and friends is something that most of us can’t even imagine having to face.  The scope of the brutalities is part of the reason why Americans are not supportive enough of refugees.  We simply don’t understand their situation and the horrors they have to endure.

We as Americans, and even more so as students, often think that because a crisis is too far away it is not our problem.  But our world is interconnected in every way.  We can ignore world crisis as much as we want, but eventually these tragedies will make a global impact that will affect us in the long run.

American foreign policy has ultimately contributed to the global refugee crisis.  We have been arming Syrian rebels but have failed to keep the peace.  It is for these reasons, along with the fact that the U.S. is the wealthiest and most powerful nation in the world, that our assistance to refugees is long overdue.

However Americans are failing to pressure leaders to take action to help stop this global crisis.  America’s response has been incredibly inadequate considering the potential that our country has to make a positive change.

The United States has only welcomed 1,500 out of the four million Syrian refugees since 2011, according to the New York Times.  The US takes in approximately 70,000 refugees from all over the world but will take in 85,000 refugees in the fiscal year 2016 and 100,000 in 2017.  These are just slight changes considering that the population of the United States is almost 320 million.

It is not just the United States that has failed to respond to the Syrian crisis.  According to Amnesty International, Gulf countries including Qatar, the United Arab Emirates, Saudi Arabia, Kuwait, and Bahrain, some of Syria’s closest neighbors and a few of the wealthiest countries in the world, have offered zero asylum to Syrian refugees.  These countries have disregarded the fact that they have funded various militant groups that have fueled the civil war that is causing the refugees to flee in the first place.

Governments will not make changes to help refugees if citizens do not pressure them to do so.  Students need to take action in order for meaningful change to be made, whether it be writing letters to representatives in Congress, signing petitions, or donating money to organizations that aid refugees, such as the Migrants Offshore Aid Station (http://www.moas.eu/donate/). Even the smallest actions can make a difference.

We can never afford to ignore global problems such as the Syrian refugee crisis, especially in the 21st century world.  We must remember that borders are just lines drawn on a map and are ultimately irrelevant.  The suffering of people, regardless of their faith, nationality, gender, or politics, should never be ignored, especially by those of us who have the luxury of a safe home and the power to help.