Inside glimpse: Seniors open up about Peer Resource 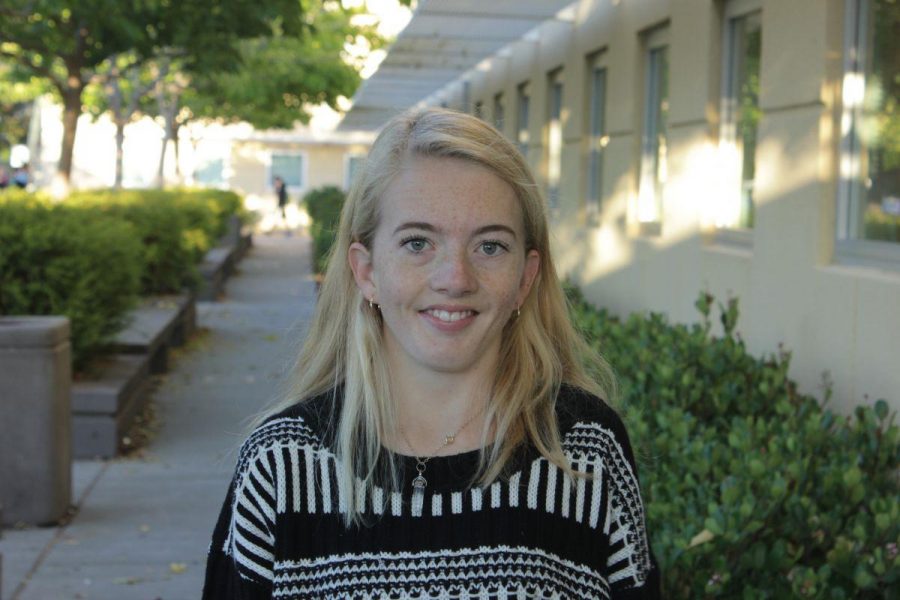 Six and confused, Nick Laub stared at his brother lying in the hospital bed thinking, “Wow, he’s really sick,” and realized for the first time that something was very wrong.

Chris Laub was diagnosed with leukemia as a child, and by the time he was 8 years old, he was hospitalized because of the cancer. Nick understood little of the situation, had been told almost nothing, and didn’t realize the magnitude of the problem.

But as time went on and the cancer progressed, Laub became more aware of the direness of the situation and the strength his family had to muster to get through it.

“My parents kept on pushing through, and [Chris] was so great, he got through it all,” Laub recalled. “He’s fine today and he’s done with remission.”

The experience created a strong bond between all his family members, as they realized just how fragile a person’s grip on life is.

“Our whole family addressed the issue and we overcame it,” Laub said. “My family and I are really close because of the things that my brother’s gone through, [and what] my parents have gone through.”

These experiences have contributed to Laub’s interest in Peer Resource. It was during his sophomore year that Laub was first introduced to Peer Resource, or PR. The occasional poster hanging around the school and small promotional videos reminded him of the class’s existence. But it wasn’t until his junior year that he became interested in the class after hearing players on his basketball team talk about PR.

Now a member of the class, Laub has come to realize the variety of things that PR does, which includes preparing for events and working with the Wellness Center directors to organize a resource that Redwood students need and will use.

“I know the stigma is we do nothing, and I understand that because we’re not going to be in everyone’s daily lives. The Bark releases newspapers all the time, Redwood TV is on every other week, so all these extracurricular groups are functioning, and we’re kind of just there,” Laub said.

Senior Hall Darden, a returning PR student, said the stigma around the class revolves more around the topic of drugs and alcohol.

Additionally, Darden believes that Redwood students have a negative view about counseling, which she believes leads to fewer people using PR and the counseling office than who might want to.

“I think that there’s a stigma of getting help at Redwood, which is sad because I believe that talking to someone is a great way to help yourself heal or get through things,” Darden said. “I see that there’s a big bubble around the counselor’s office, and when you go in there, there’s this whole misconception that something’s wrong with you.”

“One quality that follows every year is our importance of trust and confidentiality. That’s the base of our class, because nothing is going to happen if no one trusts each other,” Darden said. “The class is solely built upon our lives and what we share in class. When someone opens up, they are telling people that they trust them, and that makes other people more comfortable.”

The trust that PR students have in each other, combined with the class’s enthusiasm, has created a tight-knit family that is ready to help others, according to both Laub and Darden, who describe their peers and themselves as compassionate and willing to help others.

“I feel that PR is effective [because] you’re talking to someone who is being confidential and does care,” Laub said. “I genuinely do care about all the people in my class and anyone who would ask to be helped or just talk.”

However, willingness to help doesn’t mean PR students will give peers the answers to all their problems, according to Laub.

“We are not here to give you solutions or ideas to solutions because everyone’s issues are different, and ways to find solutions for everyone is different,” Laub said.

The class is to be used as an additional resource for students who want to talk to someone but aren’t comfortable talking to an adult.

“I think that having a peer instead of an adult is a different feeling because talking to an adult is great and they may have great ideas, but I feel more comfortable opening up to a friend of mine or someone who’s my age than telling all the things I might have done wrong to an adult,” Laub said.

However, training and spirit isn’t enough to make the program work. According to Darden, Peer Resource has tried every year to market the class in an effort to broaden their presence at Redwood.

“This year we’re really going to try to get the word out, even though we try every year, but we’ll try it again,” Darden said. “Everyone is really pumped up and I know I can tell you that every single student wants to be there and wants to make a difference at Redwood. I’m really excited to see what happens because we have a lot of potential to actually make a difference.”

Despite Peer Resource’s relative lack of use, Laub is hopeful that it will become more commonly used within the next couple years, especially with the opening of the Wellness Center.

“There’re going to be counselors who will be working with PR,” Laub said. “These counselors are for mental and psychological support and things that you want to talk about or things you want to get off your chest.”

Like in Peer Resource, the counselors won’t offer solutions to problems, but rather listen and help students find their own solutions. Additionally, the Wellness Center will have a space for students to sit and relax, grab some water or a bar, and find time to be calm and sort out their thoughts.

“Our hope with the wellness center is that it won’t just help the kids with an eating disorder or a mental illness, but rather help everyone at Redwood, which will also help those kids by making them not feel alienated by going,” Laub explained.

“Peer resource is both a great way to express yourself in things that are going poorly in your life but, one thing I didn’t realize, [also] when things go well,” Laub said. “I think it’s a place to share, not just to talk about issues, and I hope that’s one thing about PR that people find out about.”