Don’t let isolation prevent us from clique-ing into place 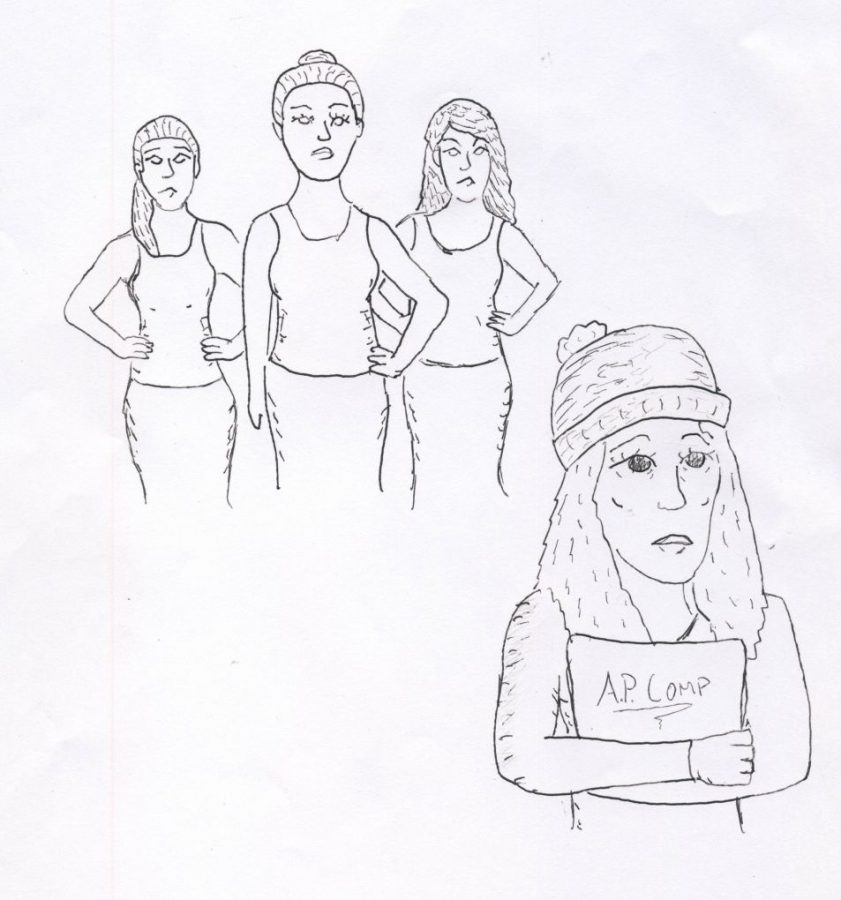 The drama department’s recent premiere of “Heathers,” a musical that satirizes the exclusive scene and culture in high school, makes us examine the clique culture that is present in our own school.

The plot of the musical chronicles the experiences of a girl named Veronica who is a member of the most popular clique in school. She begins a relationship with a rebellious boy named JD who pulls her into an elaborate plot to kill the popular students who bully students of lower social status.

Though the events in “Heathers” are highly hyperbolized, the core ideas presented in the movie seemed familiar, as I have seen subdued versions of these exclusive posses since the beginning of my freshman year. While Redwood does not have a distinct social hierarchy based on stereotypes, like in “Heathers,” there are still many groups of friends who form tight-knit circles that are hard to break into.

While it’s wonderful to feel close to a group of people, problems arise when people feel that they don’t belong anywhere. Feelings of isolation can lead to loneliness and depression in students, which can create a negative school environment.

In Link Crew, we talk about how most of the bad experiences surrounding the culture at school stem from feelings of exclusion or social isolation. Contrary to stereotypes of high school bullying, like those shown in “Heathers,” physical bullying is not a prevalent issue at Redwood.

This is not surprising, as research suggests that tight-knit posses are common at schools like Redwood. According to studies on high school social dynamics by Stanford researcher and education professor Daniel A. McFarland, students who attend smaller schools with less variety in class choice tend to be more inclusive. Larger schools that offer more electives and give students more freedom with everyday choices tend to have more cliques.

It seems that students at Redwood tend to hang out with whomever makes them feel comfortable. These people may have common interests, be friends from middle school, or share the same gender, age, or race. I have even heard people refer to different departments, such as Drama, Leadership, or Peer Resource as “cult-like.”  Yet for some people, especially transfer and exchange students, it can be hard to find a place to belong in our social scene.

It’s easy to dream of a perfect world where high school students from completely different social groups would join hands and sing “Kumbaya.” But that just wouldn’t be natural. According to many psychological theories, people have an innate need to form groups in order to feel like they belong.

One well known theory in psychology, Maslow’s hierarchy of needs, says that humans are naturally motivated to satisfy basic needs. According to this theory, the need to belong is one of the most fundamental necessities of human existence, second only to physiological needs like food, water, and shelter. It is necessary to meet these needs in order to fulfill one’s full potential and find happiness.

When students are isolated and left out of groups, they cannot fulfill their need to belong, which can negatively affect their mental health. According to a 2010 study in the Journal of Abnormal Child Psychology, clique isolation is linked to loneliness and can lead to symptoms of depression.

In the interest of the overall health and happiness of the student body, we should re-evaluate the way we interact with each other.

We need to be more aware of the people around us, and reach out to those who seem lonely or isolated. Talk to somebody who you usually wouldn’t talk to. Invite that shy kid in your math class to lunch. A small act of inclusion could completely alter a person’s mood, and making an effort to help people feel like they belong can positively transform the culture at our school. Every student matters; we should make it a goal to not let any of our fellow classmates continue feeling alone or isolated.  Each student is truly an important piece in our school puzzle and we must all come together to make each other feel connected. And then things will finally “clique” into place.