Funny and Frightening, “The Visit” Thrills 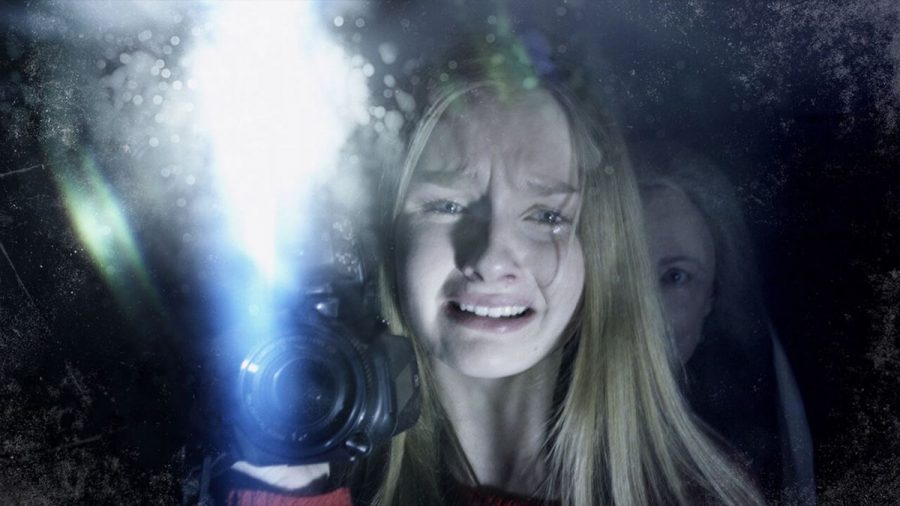 “The Visit,” released Sept. 11, artfully combines humor and horror in a documentary-style thriller. Known for the twist endings in many of his films, writer and director M. Night Shyamalan does not disappoint in this recent project.

The plot of “The Visit” surrounds two children who leave their mother to spend a week on an isolated Pennsylvania farm with their grandparents, whom they’ve never met. Soon after the children arrive, the grandparents begin to act strangely. Though the action is slowly built, this leads to a fast-paced, chilling ending.

The movie draws certain elements from popular fairy tales. Much like “Little Red Riding Hood,” a visit to a grandparents’ house is met with a horrifying turn of events. Another scene pulls from “Hansel and Gretel,” when the grandmother asks one of the children to crawl into the oven and clean it.

Although the plot is slow at times, lulls in the action are often filled with light-hearted humor and important character development. Refreshingly, this horror flick is full of suspense, which enhance the feeling of fear in the viewer, as opposed to the typical string of sudden or unexpected events often used as a scare tactic.

Unlike some horror movies focused simply on the thrill, blood, and gore, “The Visit” has an elaborate plot, including unique characters with interesting backstories.

Tyler’s character serves as comic relief throughout the whole movie. At the age of 13, he aspires to be a rapper and his freestyle skills are shown multiple times throughout the movie. Drawing inspiration from famous rappers like Tyler the Creator, Rebecca teasingly calls him “racially confused” as he enthusiastically spits rhymes with low-level profanity in the beginning of the film. Mid-film, Tyler makes a resolution to use the names of female pop-stars instead of curse words, often breaking moments of extreme tension with humor.

Rebecca is a mature 15-year-old and aspiring filmmaker with a large vocabulary. Though a less likeable character, her redeeming quality is the way she takes care of Tyler during stressful situations at their grandparents’ house and during his panic attacks. Rebecca’s overly mature character is not very believable, while Tyler is a close representation of a “pesky little brother.”

The two children were abandoned by their father at a young age, and as a result, each child exhibits a strange quirk: Rebecca has not been able to look at herself in a mirror since her father left, and Tyler has acute germophobia, a pathological fear of contamination and germs.

Despite my earlier skepticism, the grandparents, referred to as “Nana” and “Pop Pop,” are surprisingly frightening characters, a stark contrast to the sweet grandparent stereotype. The grandmother is especially scary, turning animalistic and murderous once the sun goes down. “Pop Pop” is the less horrifying of the pair, suffering from severe, spontaneous memory loss.

The film’s combination of humor and horror is a strange experience. At some points in the movie, the theater would be filled with the laughter of the entire audience, and at the next moment, there would be silence as the tension escalated. The film left me with a lingering feeling of unsettlement, as often I didn’t know whether to laugh or to cry of fear.

Despite its relatively slow building plot, the film has grossed a total of $44,155,420 so far, and has come second to “The Perfect Guy” on its opening weekend, according to Box Office Mojo. It is a definite must-see to kick off this spooky season.