From farm to fork: How far does your food travel to reach you? 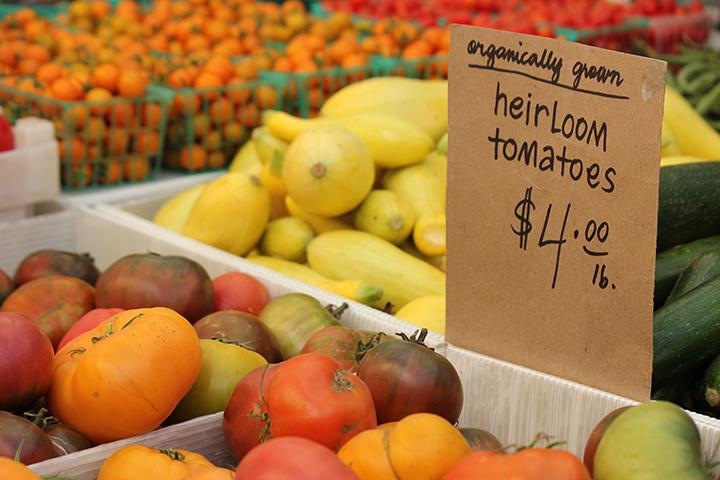 Who really decides what goes on your plate? If you didn’t grow your peach in your backyard, it could have followed a long trail from the farm to your table. 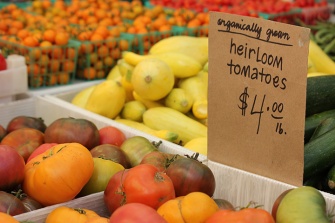 Local Marin grocery stores have produce managers who decide what produce to sell in the store and, as a result, what produce you will end up eating.

Randy Salinas, the produce manager for Woodlands Market, said he attends produce markets to select what fruits and vegetables Woodlands will sell.

“It’s like a huge farmers’ market,” Salinas said of these produce markets, where he walks around with clipboard and knife to decide what Woodlands will sell.

As a result, the specific suppliers of Woodlands’s produce change daily.

Brian Winters, the produce head clerk at United Markets in San Anselmo, said United works with brokers, merchandisers, and farmers to decide what to sell in the store.

“The three big things that we look at are quality, price, and demand,” he said. He said that United tries to satisfy every category when they decide what produce to buy.

Salinas said that in addition to freshness and visual appeal, he knows exactly what taste he is looking for in each item of produce.

“[I’ll buy] what reaches what I think is the best,” he said. “At Woodlands, cost is no object. I buy the very best that I can find. Period.”

According to Salinas, Woodlands has not defined the word “local.” Instead, signs indicate where food was grown so consumers can decide for themselves what local means.

“We buy anything we can from Marin,” he said, adding that this lowers trucking costs, is better for the Earth, and supports local growers.

Winters said that he tries to buy as locally as possible, and would define “local” as within 180 miles.

“We’d love to pull from Marin County and Sonoma County, but there aren’t a lot of farms here anymore,” he said.

Woodlands and United still must satisfy consumer demand for out-of-season produce, so this produce is shipped from decidedly non-local locations like Mexico, Chile, and New Zealand.

“We are a shopping center for other businesses,” said Michael Janis, the General Manager of the San Francisco Wholesale Produce Market, one of the places that Salinas buys his food. “But for us, it’s all about fresh produce.”

Businesses can either shop at the market – like Salinas does – or have produce delivered. Janis said the business operates in the middle of the night so that the produce is still fresh when it is sold in grocery stores that day.

“The variety [of sellers] is enormous,” Janis said. “Our merchants source from local to large, industrial companies.”

Earl Herrick is one of the vendors at the San Francisco Wholesale Produce Market.

“[Earl’s Organic Produce is] a distribution company of fresh fruits and vegetables, only organic,” he said.

Although Herrick works primarily with local farms, he does have to work with other companies when certain produce is not in season here.

“I think knowing what’s in season is very important, knowing where you are regionally and what’s being produced here,” Herrick said.

Herrick said he thinks it is better to eat fresh, non-local produce than locally-grown produce that has been kept in storage, as storing produce can decrease its nutritional value.

If you didn’t buy your food at a grocery store, you may have bought it directly from the farmers’ market. Otherwise, food vendors bought your food from farmers.

Michaela Biaggi, the Farmers’ Market Manager for the Marin Country Mart, said that she does not set location requirements for vendors, in part because of Marin’s climate.

“There are a lot of things that don’t grow here,” she said. “I don’t feel we should limit our diets.”

David Retsky, a Marin farmer who started County Line Harvest in 2000, said his farm was particularly impacted by cold weather and rain. As a result, the business moves to southern California for eight months out of the year.

Biaggi said she thinks that farmers’ markets offer more diversity than grocery stores, which is better for both consumers’ health and for the environment.

“You’ll get stuff at the farmers’ market that you’ve never heard of or never seen,” Biaggi said.

“I think it’s a problem that the USDA writes the guidelines,” Retsky said. “I think [large food companies] have pull. It’s a big business. I don’t think we’re regulated enough, personally. Organic is a word to be careful around.”