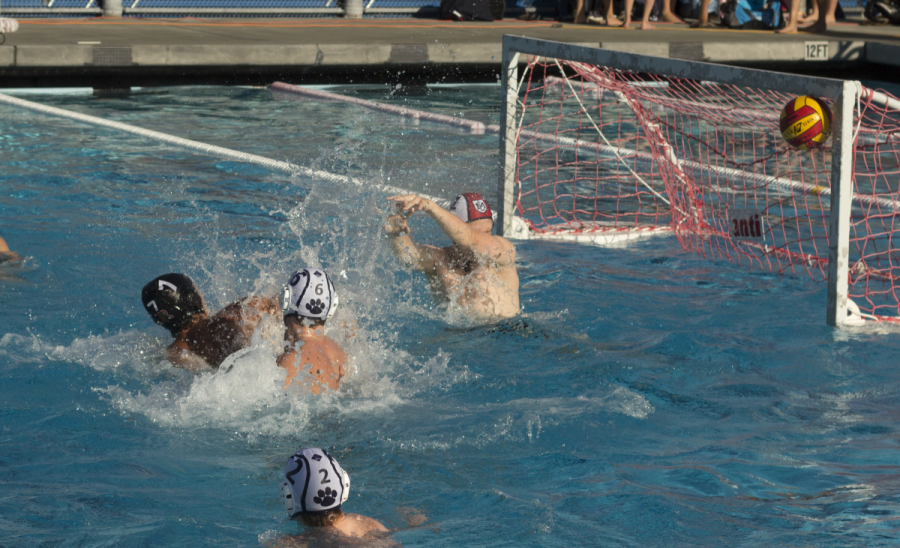 The boys’ varsity water polo team defeated Marin Catholic on Thursday in its first MCAL game with a score of 18-8, despite a late comeback attempt by MC in the final quarter.

By the end of the first half, junior Wyatt Barker scored multiple goals, with follow up goals from juniors Tim Peterson and Francesco Cico to help create a 9-0 lead.

Junior Ryan Schoenlein was able to score two consecutive goals near the end of the third quarter. Barker scored the first goal of the fourth quarter, followed by a quick goal by MC to bring the score to 14-4 with fewer than six minutes left in the game.

“We are very much in rebuilding mode because we graduated 11 seniors who played as starters last year,” Coach Rudy Kardos said. “This [game] was more for us making sure we get the team clicking together because our success or failure this year will be a team success or failure. We have to play as a team.”

The team’s next game is at home on Sept. 21 against Justin-Siena.