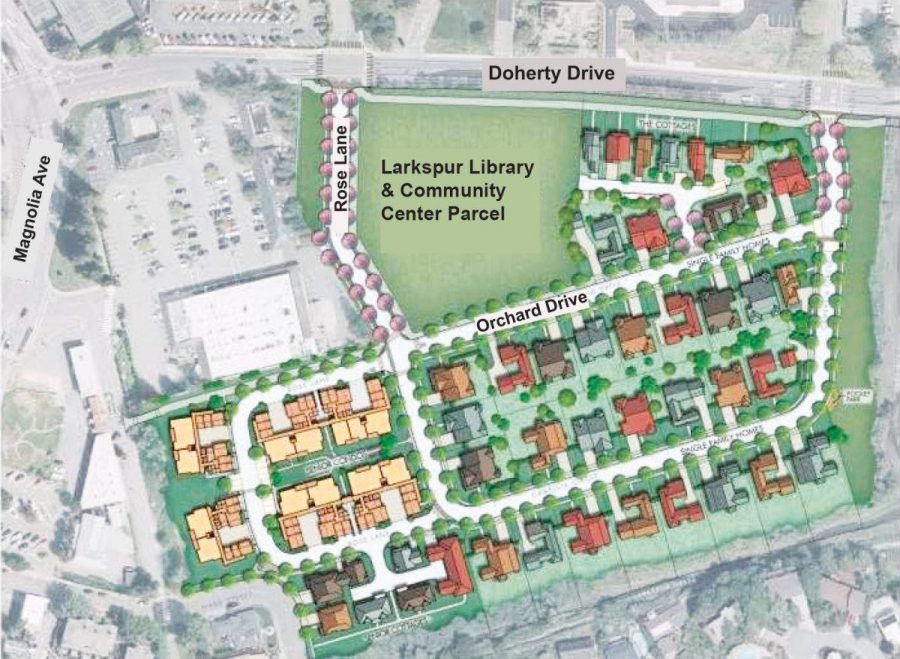 THE CITY OF LARKSPUR is discussing its plans for the new Library and Community Center, which is to be located on Doherty Drive. The town wants to modernize the space with 21st century technology.

The city of Larkspur is advancing its plan for the new public library and community center that will be built on Doherty Drive by opening the project up to public opinion.

The planning council has extended the process even further from board meetings to public discussion, in which community members can contribute their opinions on the design and features of the building.

“There is a lot of public concern about the project,” said Neal Toft, Director of Building and Planning.

To address the concerns, there are a series of town meetings open to the public.  The first meeting was held on Sept. 2, and meetings on Oct. 7 and Nov. 14 will follow.

Larkspur Mayor Larry Chu said the meetings are intended to get feedback from the community that could then be integrated into the design of the space.

“We are trying to find out from people what they consider to be the community character of Larkspur, and ask, what does Larkspur mean to you?” Chu said.

The city has hired Leddy Maytum and Stacey Architects to design the center.  The planners aim to incorporate sustainability, technology, and incorporate the community’s architectural character as well.

Initiated in 2013, the library and community center plan has been directed by the Library and Recreation Community Planning Committee.  The 2.4 acres of land are located along Doherty Drive in the Roselane development.

According to Chu, the use of the library will be adjusted in order to suit more of the public’s needs for meeting areas and technology.  It is intended to be a cohesive blend of a library and community space.

“A library is no longer just a traditional book repository.  It is a meeting center and needs to accommodate 21st century technology,” Chu said.

The current library located in downtown Larkspur has been open since 1913. According to Chu, it is too small and no longer meets the needs for the size of the population.

Junior Estelle Ronayne, a Larkspur Library employee, agrees with Chu that the old library can no longer accomodate the number of visitors it gets.

“The [current] library is a symbol of Larkspur,” Ronayne said. “But I do think that more space would be a plus.”

Chu says that the old library may potentially be converted into additional City Hall office space or public meeting space.