‘We Are Your Friends’ debuts poorly in the box office, despite stellar acting 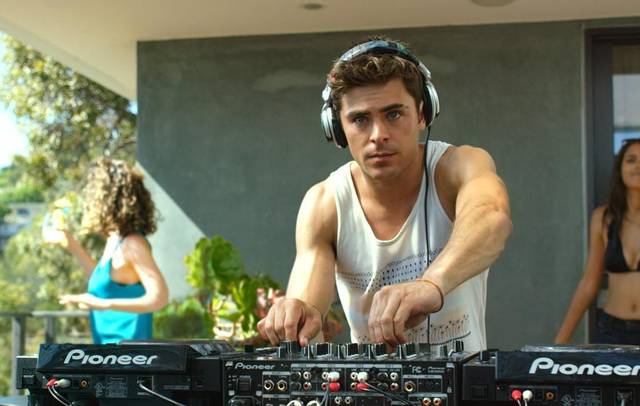 When 23-year-old aspiring DJ Cole Carter (Zac Efron) gets his big break in the chaotic and ruthless Hollywood life, he becomes fixated on creating a track that “will set the world on fire,” and he strives to do whatever he can to create it.

“We Are Your Friends” is an unexpectedly inspiring movie, because it promotes the message that if you work hard enough for your dreams, they can come true. Although parts of the the film lack substance, overall it is a satisfying end-of-summer flick that reinforces the “work hard, play hard” mentality.

This coming-of-age film addresses some of the more sensitive subjects that some youth  encounter ––the recreational use of hard drugs and alcohol and raunchy language were common occurrences, displaying a darker side of the music industry.

Cole experiences a taste of what it’s like to become a big time DJ when he’s taken under the wing of a mentor, James (Wes Bentley). James introduces him to the sophisticated life of being wealthy in the hills of Hollywood. James also introduces Cole to his girlfriend, a Stanford dropout, (Emily Ratajkowski), which leads to a predictable love triangle among the three.

One moment that stood out over the course of the 95-minute film was when Efron was high on PCP and was experiencing a trip in a museum in which paintings seemed like they were coming alive as each character was becoming animated. Personally, I have never seen a film in which animation was laid over the actual footage. This provided a unique perspective of what it felt like to be on a hallucinogen.

Director Max Joseph, who also co-hosted and filmed the show “Catfish,” uses many graphic devices including animation and other elaborate visual tricks to help keep the audience engaged. These elements made the viewer feel like they were the ones experiencing the “trip.”

This indie-like film attracted its viewers with the surprise cast of social media moguls, such as references to the creator of Instagram, Mike Krieger, as well as popular viners such as Britney Griner and King Bach. These familiar, yet unexpected names and faces brought an element of excitement to the film.

“We Are Your Friends” allows its characters to truly be your friends, and not the shallow and cliché people I’d expect from a movie of this genre. Efron’s acting was convincing and believable, specifically in scenes depicting the passion that Cole felt when creating electronic dance music (EDM). By the end of the film, I felt connected to the characters and cared about their fates.

The highly anticipated and initially promising film was released on August 28, and brought in dismal attendance numbers. Surprisingly, it was the fourth worst opening of all time for a new film opening in 2,000 or more theatres, according to Box Office Mojo. It also brought in only $1.8 million, landing its place in history as the worst opening weekend for a major Hollywood release ever.

Despite the unimpressive reviews and viewer turnout, the film still succeeded in extending the contagious EDM energy to the viewer.