Senior trains to go into the Marine Corps 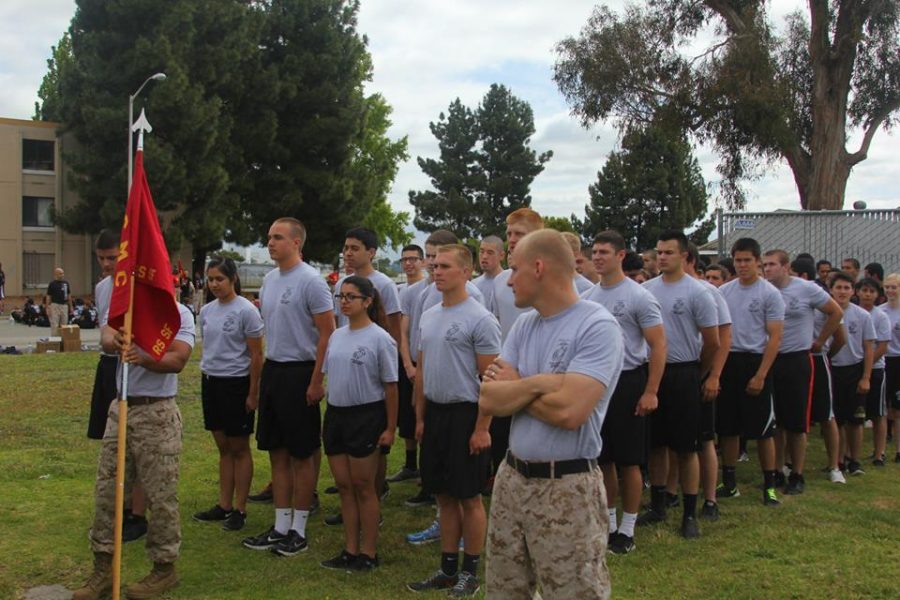 Though he received multiple offers to play water polo in college, senior Grayson Noyes has found a different calling. Instead, Noyes has decided to commit to four years of service in the Marine Corps.

“I had offers to play water polo at college, but it sort of just got bland for me,” Noyes said. “School has gotten kind of bland for me too, and the Marine Corps are presented not only like a challenge, but also an adventure.”

Before deciding to join the Marines, Noyes had planned to play goalie on the water polo team at Whittier College.

“[The Marine Corps] offered a way for me to get my education while doing something I liked, instead of just getting my education,” Noyes said. “I just feel like serving our country is more important than going to a college to play water polo.”

Although Noyes will not be playing water polo in the fall, he still plans to compete at the Junior Olympics this summer.

Because Noyes will not be attending a four year college after high school, he plans to take educational classes offered by the Marine Corps program and to study law enforcement after serving for four years. However, his plans are not set in stone.

“I could go into the Marines and love it after four years and want to stay in it for the rest of my life,” Noyes said.

In preparation for being sent to boot camp at the Marine Corps Recruit Depot in San Diego on Oct. 26, Noyes trains every Wednesday at the Novato Marine Corps Recruiting Station. After completing boot camp, Noyes hopes to attend two months of tank assault courses in Fort Knox, Kentucky and ultimately be deployed overseas.

“Boot camp is hard. Not everyone graduates from it. Nothing is definite until I’m actually deployed, Noyes explained.

According to Noyes, a major difference between the Marine Corps and other branches of armed forces is that, in the Marine Corps, a recruit is placed in their concentration based on mental and physical readiness. But in the Army, for example, recruits have the freedom to choose their own discipline.

“Hopefully I get deployed because I want to go overseas, but there’s a chance, depending on how our country’s doing, that I might not, so we’ll see what happens,” Noyes said.

Noyes explained that he’s always been interested in serving for the armed forces.

“I just like what the Marine Corps stood for,” Noyes said. “I think the different campaigns they go on are important, I think someone has to take a stand.”

Noyes said that breaking the news to his parents was not an easy task.

“My mom’s still kind of worried about it, but that’s natural for any mom,” Noyes said.

He explained that his mom is having a hard time grappling with his decision because of the drastic difference between the Marine Corps and his previous plans of attending a traditional college.

“Growing up in Marin, everyone’s like, ‘You’re going to a four year [college].’ That’s what’s accepted. At Redwood, I don’t think anyone really even looks at the military as an option.”