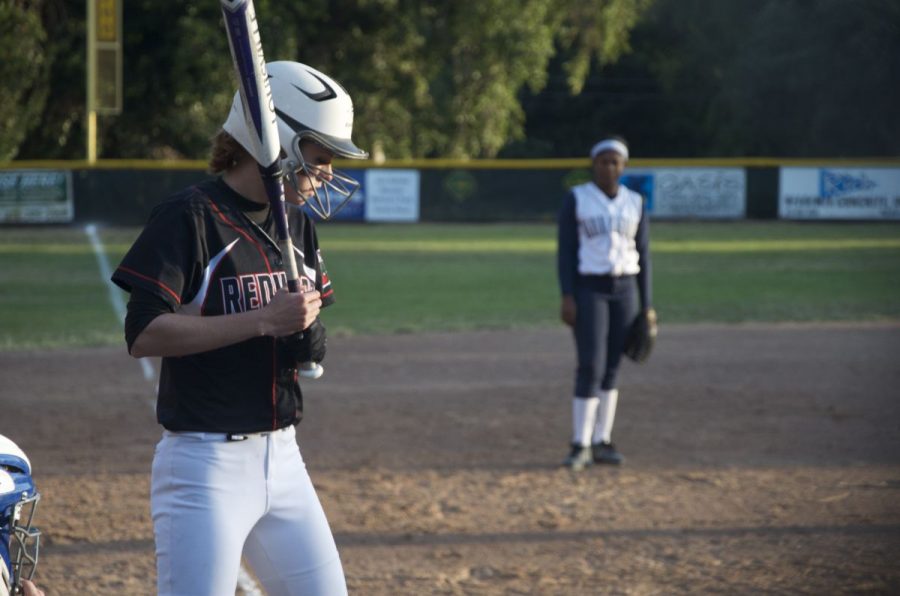 The varsity softball team lost the MCAL pennant to Marin Catholic 6-3 on Saturday.

Up until the fifth inning, neither team scored any runs. MC then scored on two doubles and a single, leading the game 5-0.

During the sixth inning, MC scored a sixth run, and almost got a seventh at the end of the first half, but junior Kayla Rose fielded the ball at first base, getting the player out and ending the inning.

Junior Shawn McCullough scored a run during the second half of the sixth inning after junior Jenny Resnick hit a double. McCullough then hit a double in the seventh inning, allowing sophomore Sabrina Nunez and Rose to each score a run, bringing the score to 6-3.

The softball team has an overall score of 24-2 this season, with both losses to Marin Catholic.

Although the team lost the pennant, Rose believes the game was well played.

“This time they truly beat us. They outhit us and they out-defended us,” Rose said. “They’re a great team and they deserve to win.”

Redwood will play Northgate High School in the first round of NCS playoffs at home on Wednesday, May 27 at 4 p.m.