Petition protesting revisions of math courses signed by over 600 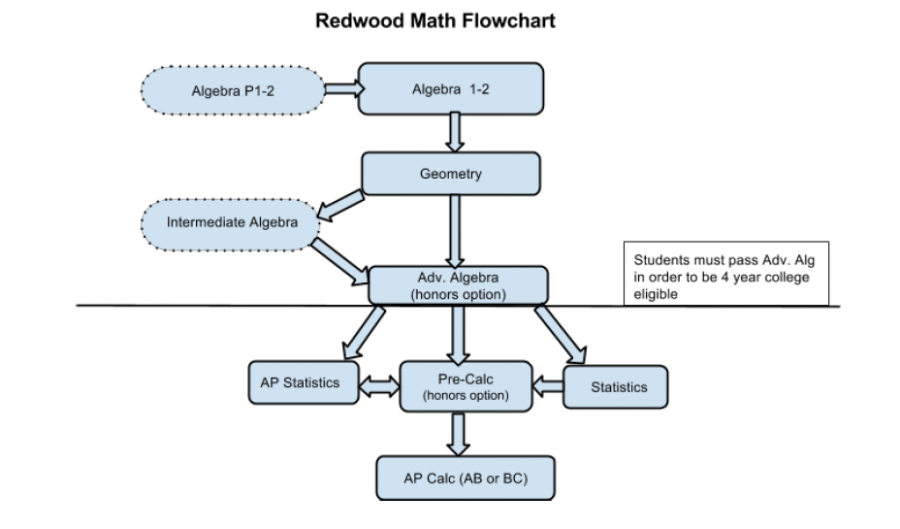 A petition addressing a controversial issue entitled “Bring Back Math Courses and Summer School at Tam, Redwood, and Drake High Schools,” created by a group called the Friends of Tam District, has received more than 600 supporters as of press time.

The petition was made in response to the revision or cancellation of several math courses at Tamalpais High School, as well as the district-wide elimination of summer school.

The petition also claims that the district intends to make similar changes at Redwood next year. However, Principal David Sondheim stated that the majority of these classes will not be canceled at Redwood.

Additionally, Algebra P3-P4 will be revised into Algebra 1-2 at Redwood. Algebra P1-P2 and Intermediate Algebra have not been eliminated for next year, according to Sondheim.

“What we’ve done is that every so often, we take our existing courses and we revise those courses of study, and the math department did that with Algebra P3-P4 and the name of it changed to Algebra 1-2,” Sondheim said. “It’s not like we got rid of P3-P4. What we did is we revised P3-P4 so it’s now Algebra 1-2.”

The Algebra 1-2 course will incorporate the new Common Core math standards. Sondheim explained the implementation of Algebra 1-2 is an ongoing process because the teachers need to become familiar with the new standards of the class.

The discontinuation of Geometry A, however, has caused much controversy. According to Sondheim, the class was discontinued because if a student took Geometry A, he or she would have to take Intermediate Algebra before taking Advanced Algebra.

In order to attend a four-year college, students must complete math courses through Advanced Algebra.

“Students can decide to go to a four year college or not, that’s their choice, but I don’t want to have been responsible if they don’t have a choice,” Sondheim said.  “Not only does [Geometry A] not give [them] the full Geometry that students in regular Geometry get, it essentially puts [them] another year behind.”

Sondheim went on to explain that the school, the administration, and the teachers will provide extra help inside and outside the classroom for students placed in regular Geometry.

A math teacher who wished to remain anonymous stated that she believes Geometry A is a valuable class that should not be cancelled.

“[Geometry A] is more of a practical approach to Geometry, not as much theory, more practice, but it’s a really valuable experience for those kids who maybe come in a little weaker in their Algebra,” the teacher said. “There’s more time to practice those Algebra skills before you see it embedded in the Geometry, so we find a lot of value in that class.”

The teacher said she feels the justification for eliminating the courses hasn’t been thought through carefully.

“It’s a grand goal of having students rise to the challenge, assuming that maybe if they don’t have these lower classes, at least that’s how it’s perceived, that maybe they’ll rise to the challenge and we’ll be able to better close the achievement gap,” the teacher said. “For us, we just believe that there’s just many different pathways to get there—that a student could start in P1-P2, take P3-P4, take Geometry, and get to Advanced Algebra.”

The administration has accumulated data in order to determine ways to bridge the achievement gap.

According to the district wide data entitled “Correlation between Placement and College Readiness,” released on Dec. 9, 2014, only 17 percent of students starting in Algebra P1-P2 their freshman year ended up taking Advanced Algebra during high school.

“What we’ve found is that the vast majority of students who go into P1-P2 are not four-year college ready in math by the time they graduate,” Sondheim said.

The math teacher explained she wishes the math department could have been a part of the decision-making processes and given a chance to look at Redwood-specific data. The math department was only shown the district-wide data after the elimination of Geometry A, according to the teacher.

Associate Superintendent Michael McDowell, who asked for the district-wide data to be created, said that he has not received any requests for any Redwood-specific data.