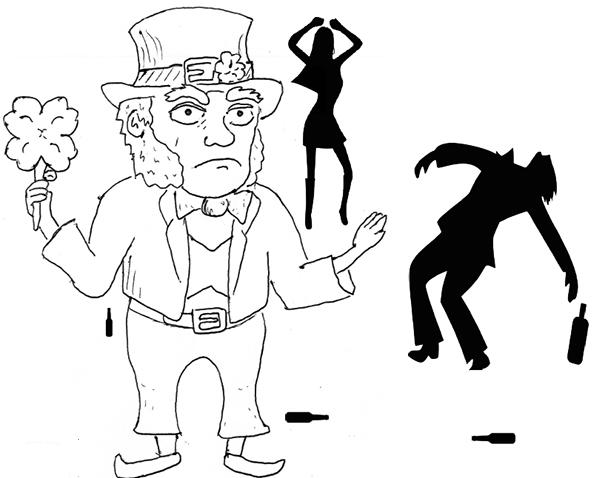 9:30 a.m on Saturday, March 14: teenagers storm the San Francisco docks. Earlier, these same teenagers crowded the Larkspur ferry, brimming with anticipation for the Saint Patrick’s Day Parade. Their arrival in San Francisco turned the streets into a blur of green.

The St. Patrick’s Day Parade is hosted by the United Irish Societies of San Francisco, and as its website reads, the parade’s bagpipe players, floats, and marching bands make up: “the West Coast’s largest Irish event celebrating Irish history and culture.” I was among the attendees, and as enjoyable as the parade was, it certainly did not feel like a celebration of “Irish history and culture”, but instead felt like a party

The purpose of the St. Patrick’s day parade is to celebrate the Irish heritage with dancing, singing, and foods such as corned beef and cabbage. 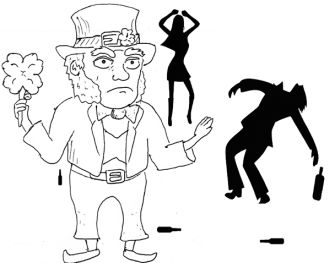 An enormous amount of teenagers crowded San Francisco City Hall, but most had no genuine appreciation for the purpose of the parade, to celebrate and emphasize Irish culture.  A large portion of the girls were in skimpy spandex shorts and low cut tops, and most had no genuine appreciation or understanding of the purpose of the parade.

While the parade provides San Franciscans and Redwood students alike with many opportunities to socialize, teenagers should recognize that the real purpose of the parade is to honor a culture and a country that so many ancestors called home.

While in most cases it is acceptable to express yourself through your clothing choices however you would like, the spirit of the event makes revealing clothing somewhat inappropriate.

To make matters worse, the attire and attitudes I witnessed at the parade are likely to make more appearances over the course of the year.

In upcoming months, two more large events, the Bay to Breakers race and the Gay Pride Parade attract large groups of Redwood students. While some people attend these events to participate and offer support seriously, many teenagers of Marin will take advantage of the opportunity to party without restraint.

The Pride parade centers around celebrating the rights and achievements that have been made in the LGBTQ community. Although many participants genuinely attend the event to show  respect for the cause, a lot of teenagers arrive with minimal intentions of showing their support. The attire worn at Pride, as well as other similar gatherings, tends to degrade the authenticity of the event and its message, turning it from a legitimate celebration of LGBTQ rights into a glorified rave.

The Bay to Breakers race, which is also held in San Francisco, expresses an extravagant party culture similar to Pride and the Saint Patrick’s Day Parade.  Of course, there are those who attend to purely participate in the event, running the full seven and a half mile long course, but there are many more who see the race’s primary function as a social event.

High school students, especially those from Redwood and other Marin schools, live incredibly stressful lives, so it’s understandable that they would want to take advantage of every opportunity they have to enjoy themselves with their peers. But, at what point does it become disrespectful to the true intention of an event?

It is important for teenagers to take full advantage of their freedoms and enjoy their youth. However, at a public event crowded with senior citizens, small children, and others who are attending events for its genuine purpose, they should remember to  celebrate respectfully.