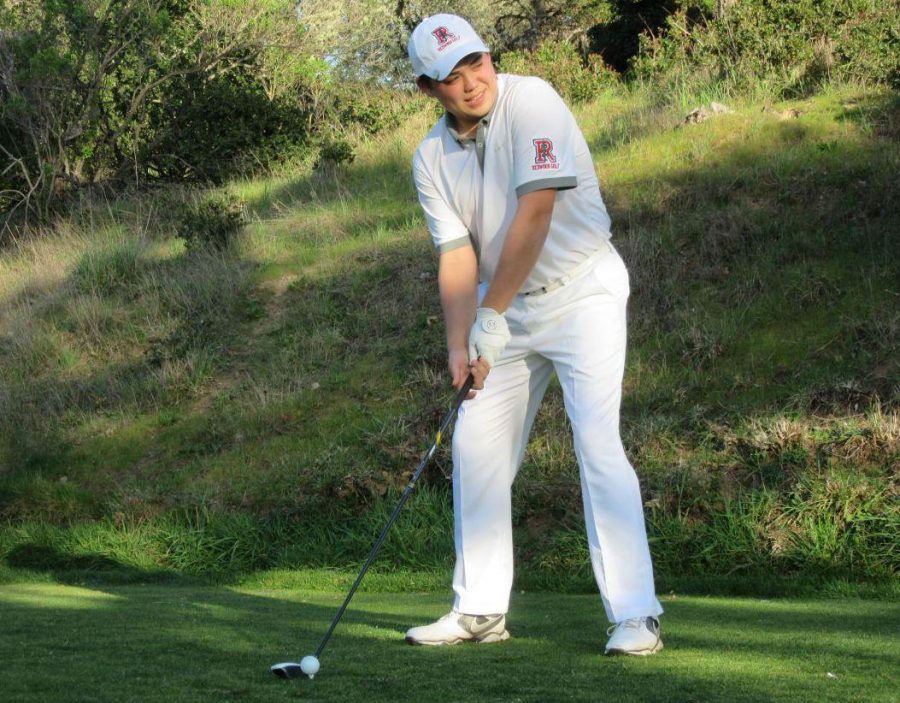 Senior Yoshio Boris lines up his swing at the Meadow Club on March 2.

After losing more than half of the players on their roster from last year, the boys’ varsity golf team looks to continue their four-year streak of MCAL titles.

This year, only four players are returning from the 2014 season to make up the nine-player roster. However, head coach Barry Briggs doesn’t believe that it will hurt their chances of winning.

“There’s a lot of underclassmen this year, but right now they’re playing well,” said co-captain Nick Laub. “Throughout the season, I know that they’ll get even better.”

After losing five members, the team found players from the younger classes to compensate for the significant losses.

“We definitely had to fill a lot of gaps in the roster, but everyone’s doing a really great job,” Briggs said. “If we can get some of these guys who are less experienced in actual match play, they’re going to keep getting better and better and by the end of it all, we’re going to be posting some really good scores.”

According to Briggs, this year’s team features greater variety in the overall skillset of the players.

“We have pretty good depth on the team. We may have been weaker in the end of our roster last year than we are this year and that makes a big difference,” Briggs said. “That really helps.”

According to Laub, out of all of the teams they will be facing this season, Branson and Drake will be the hardest.

The regular season consists of 18 matches, which started in mid February and will end in late April. The team was victorious in their first three competitions against Drake, Terra Linda, and  San Rafael, but were defeated in their fourth match by Justin-Siena.

The team’s next game will be played against Drake at the San Geronimo Golf Course at 4 p.m. on March 26.