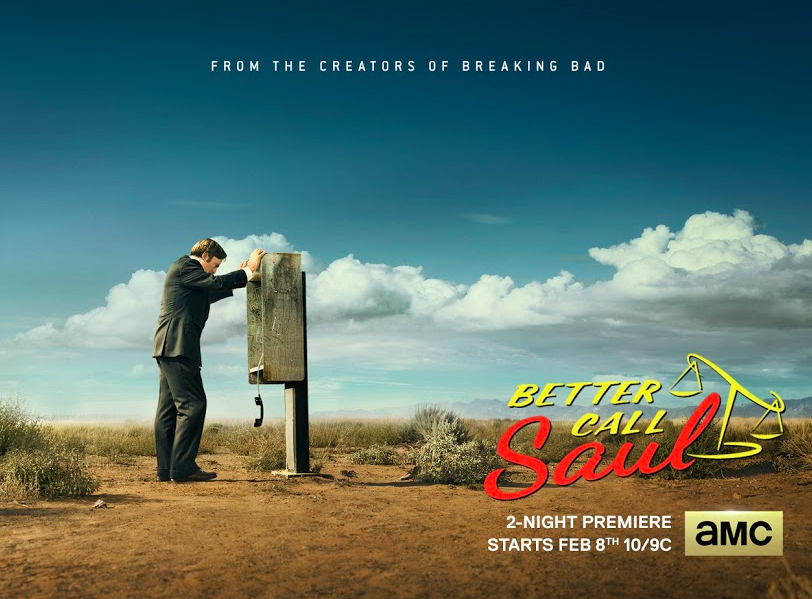 As a late holiday present to “Breaking Bad” fans, producer Vince Gilligan has teamed up with AMC to give viewers his latest TV show, “Better Call Saul,” which shows us how Saul Goodman came to be the lawyer he is.

The show, a prequel to “Breaking Bad”centers around how Jimmy McGill became Saul Goodman  (Bob Odenkirk). Saul is Walter White’s (Breaking Bad) crooked lawyer who was responsible for helping White launder money and get out of legal trouble. Goodman also helps out as part of the comic relief for “Breaking Bad”.

fast paced action and drama, but it will keep you thoroughly entertained with the same combination of quirkiness, comedy, and the seriousness found in“Breaking Bad”. If you haven’t already seen “Breaking Bad” you should view it before watching “Better Call Saul” because it will give you a better idea of who Saul is, and “Breaking Bad” happens to be a phenomenally good show itself.

The first season of “Better Call Saul” isn’t addictive because of huge cliffhangers, but because of a curiosity as to where the show will go.

At first, I was skeptical if a show based on the comic relief of “Breaking Bad” could maintain the same level of intrigue as its predecessor, but I found my eyes glued to the screen watching McGill struggle to become the Saul Goodman devout viewers know he will become.

The beginning of the show presents its partially comedic style when Saul defends three teenagers being tried for a ludicrous crime involving their youthful sex drive and a morgue, but it manages to maintain a serious note as McGill tackles the daily problems of taking care of his brother’s mysterious medical condition and facing his rival law firm.

The show starts in black and white, showing current day Saul Goodman at a cinnamon bun shop. Saul then returns home and begins to watch old ads for his law firm. These videos transition the show back in time to when the main events of “Better Call Saul” take place.

Bob Odenkirk does a wonderfully convincing job of bringing McGill’s character to life. Odenkirk’s subtle hand motions, posture, and facial expressions give us the sense that Saul is a real person, not just some character overacting on the screen.

“Better Call Saul” shows us the story of both McGill and other “Breaking Bad” characters, but it isn’t completely overshadowed by “Breaking Bad,” as it maintains its own style. Saul is clearly a different antagonist than Walter White, but is equally entertaining. The show is surprising at every turn, leaving the audience to wonder where the plot will take them in the six years between the events of “Better Call Saul” and “Breaking Bad”.

The cinematography gives the show its own almost satirical style with an intriguing array of camera angles. This can be comically misleading, such as in the beginning of the first episode when Saul is shown walking towards a luxurious Cadillac, only to open the poorly-maintained rust bucket of a car next to it. This cinematography reflects Sauls deceiving nature and gives the show its own style.

If you enjoyed “Breaking Bad,” or want an entertaining show that’s almost unspoilable by your friends, you’ll love“Better Call Saul”,which airs on Mondays at 10 p.m. on AMC.