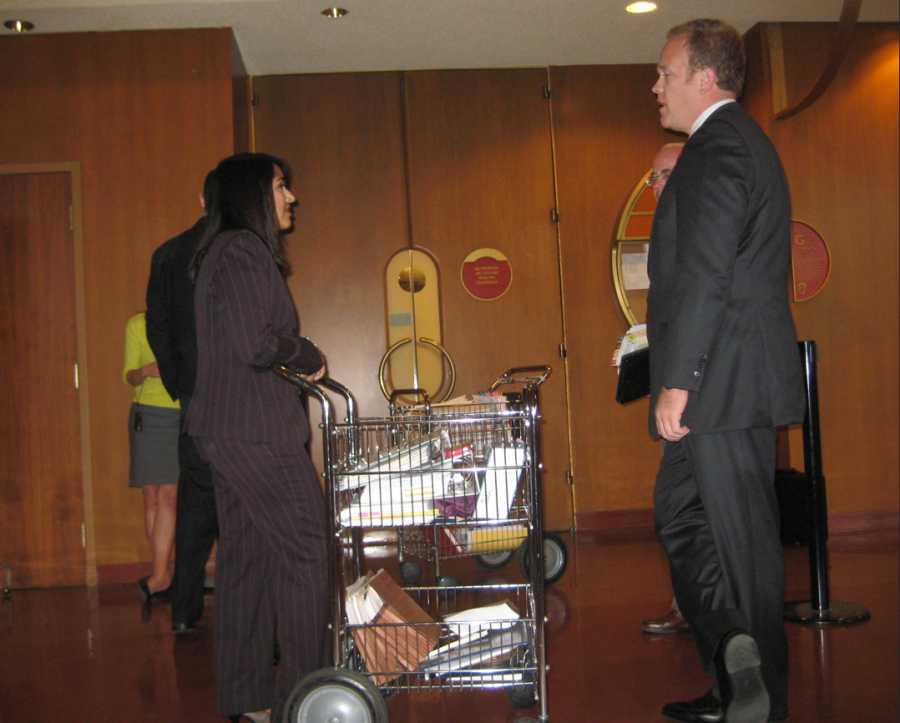 “He never responded,” testified San Francisco’s Officer Sean Rogers. “We were never able to track him down.”

Rogers was speaking about a janitor who apparently worked a night shift at British Motor Car Distributors dealership the night of the Lamborghini theft with which former Redwood student Max Wade is charged.

Wade’s defense attorney, Charles Dresow, used Oct.12, the last day of testimony in the preliminary hearing of People v. Wade, to point out faults, such as the failure to contact the janitor, in the investigation of both the car theft and the Mill Valley shooting with which Wade is also charged.

Dresow highlighted the fact that Rudolph did not take into account the alignment of the white 2004 Dodge pickup truck, which contained teenage victims Landon Wahlstrom and Eva Dedier, in relation to the adjacent road.

Numerous witnesses from the hearing said that shortly before 11:30 a.m. on April 13, Wahlstrom began to pull his truck away from the curb in front of his Mill Valley residence.

Rudolph, who interviewed Wahlstrom to help with the specifics of the reconstruction, said Wahlstrom was still pulling out when he saw a black-clad motorcyclist approaching from the direction of the driver’s side of the truck. He then paused to yield to the motorcyclist, who stopped, drew a gun and fired several rounds.

Rudolph said that since Wahlstrom yielded to the motorcyclist, the truck was at a diagonal to the road when the shooting occurred, with the front end of the vehicle on the paved roadway and the rear tire still on the gravel shoulder. But Rudolph admitted that in his reconstruction, he did not take the alignment of the car into account.

Dresow also placed in evidence a picture from ground level depicting the clear grade of the road. Although Rudolph agreed in his testimony that the road had an obvious crest, he said he had performed the reconstruction and subsequent calculations on flat ground.