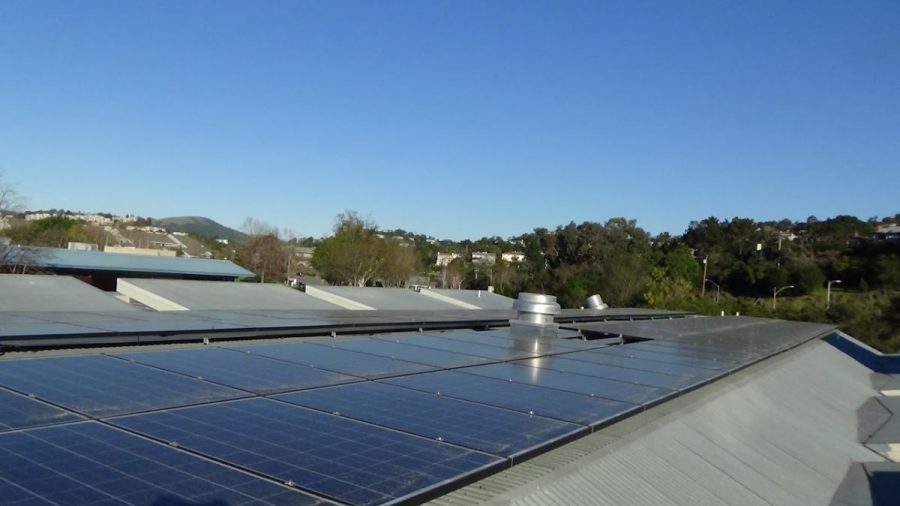 Solar panels will now be seen on every new Tiburon home.

The law, which passed unanimously through Tiburon’s town council on Feb. 18th, will mandate that 75 percent of home electrical use in new Tiburon homes is covered by solar installation.

Similar ordinances were passed in Sebastopol, Sonoma County, and Lancaster, Los Angeles in 2013.

“We are not the first statewide, but we are definitely first in the immediate Bay Area.  Hopefully we’re not the last,” O’Donnell said.

Action toward creating this law began in March of last year.

“Scott Anderson, [Tiburon’s Community Development Director] and I came up with an ordinance together. We took it to the planning commission who vetted it and we then allowed the public to comment on it.”

“Surprisingly there has not been a lot of opposition to this,” O’Donnell said.  “As part of planning to come out with the ordinance, we did some survey work with developers in the area and every person we approached more or less said, ‘Oh we were going to do that anyway.’”

To bring renewable energy to Redwood, solar energy shade structures are to be installed mainly in the west parking lot, the Tam Union High School District Board approved in a meeting on February 10.  Out of six staff-recommended companies, the Board appointed SunPower as the constructors.

According to O’Donnell, solar energy is well supported due to the economic and environmental benefits

“This is great for the community as a whole.  The more local, renewable energy we put back on to the grid, the fewer fossil fuels we will emit,” O’Donnell said.

Solar panel systems pay for themselves after three years, according to the Clean Energy Alliance.

In the total Bay Area, solar energy accounts for 1,139 kilowatts of energy per thousand residents, O’Rourke found in a 2012 survey.  This electricity could power 26 trains, according to wikipedia.

“A lot of the times we have renewable power but it can be very far away from where we can use it. Altamont Pass, in the Diablo Range, is where a lot of solar windmills are, and that energy goes directly onto the statewide grid,” O’Donnell said.  “We can produce more local renewable power through initiatives like this to ensure we actually get to use this cleaner energy.”

O’Donnell also sees an aesthetic benefit to this law.   One exemption to the law is if one lives in a heavily shaded area.

“The advantage of this program is that it allows the designers and architects to incorporate the solar design inside their design: they could hide it or showcase it in a modern, environmentally-forward way,” O’Donnell stated.

In Tiburon, only four permits in 2013 and three permits in 2014 were issued for solar building, according to Omar Peña, Building Planner for the County of Marin.  With the new law in effect, this number will likely increase, Peña wrote.

“Someone has to be at the forefront to cause change.  We will tell other towns and cities that we are happy to share our ordinance,” O’Donnell said.  “We are also going to share the results after two years, I’m looking forward to it.”