Charlie Hebdo: Offensive or not, it’s their right to print 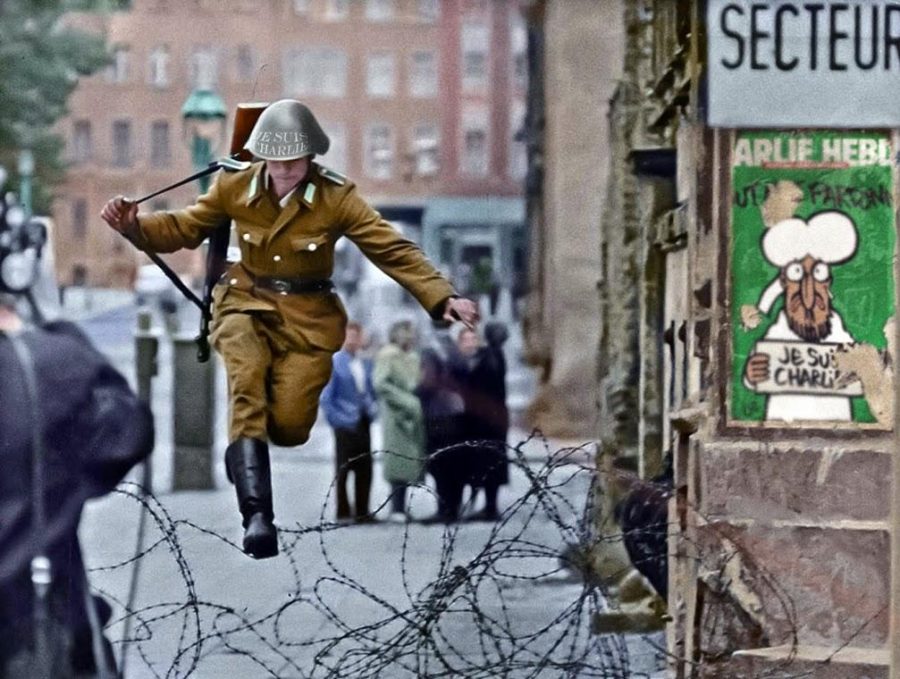 On Jan. 7, the French satirical newspaper Charlie Hebdo was attacked by claimed operatives of the extremist Muslim group Al Qaeda. The two suspects, Cheríf and Saïd Kouachi, allegedly killed a dozen people and injured 11 more in retaliation for what they called “blasphemous” cartoons published by Charlie Hebdo.

Charlie Hebdo’s cartoons of Mohammed were highly offensive to some Muslims. Approximately 800,000 Muslim demonstrators in Chechnya gathered in Grozny to protest the new cover of the publication. In contrast, French Muslims were among those who purchased copies of Charlie Hebdo to show their support for free speech. Regardless of how any Muslims may have felt about it, it was still Charlie Hebdo’s right to print the cartoons.

In nations where the right of free speech exists, such as France and the United States, publications have an inalienable right to print whatever they please, regardless of what anyone else thinks about it. And, as a beautiful side effect of free press and freedom of expression, nobody can be forced to buy or support what newspapers print.

Charlie Hebdo is a satirical paper, and it’s meant to be taken lightly; it is a known fact that it is not supposed to disseminate fact-based information.

Nevertheless, the right to freedom of the press outweighs the importance of trying not to offend Muslim extremists.  No one group should be exempt from criticism, and to say or act otherwise is favoritism.

Many entities, including the White House, have said that the publications that reprint Charlie Hebdo’s cartoons do so at their own risk.

It’s our government’s job to shield us from anyone who tries to harm us or infringe upon our rights to life, liberty, and property. The idea that the executive branch of our government would warn us about about speaking our minds is preposterous. Furthermore, our government’s  unwillingness to support journalists who decide to do so is alarming.

Over the course of history, millions of people in many countries have fought and died for the right to freedom of speech, from the American Revolution to the Prague Spring. But now, it seems, two masked terrorists can roll back years of gradual progress in its protection.

Today, no one should be subject to any sort of physical retribution for what they publish.

It is the responsibility of the government and the citizens alike to protect this right to free expression. If we don’t, we just won’t have it anymore.