2015 Grammy predictions: And the winner is… 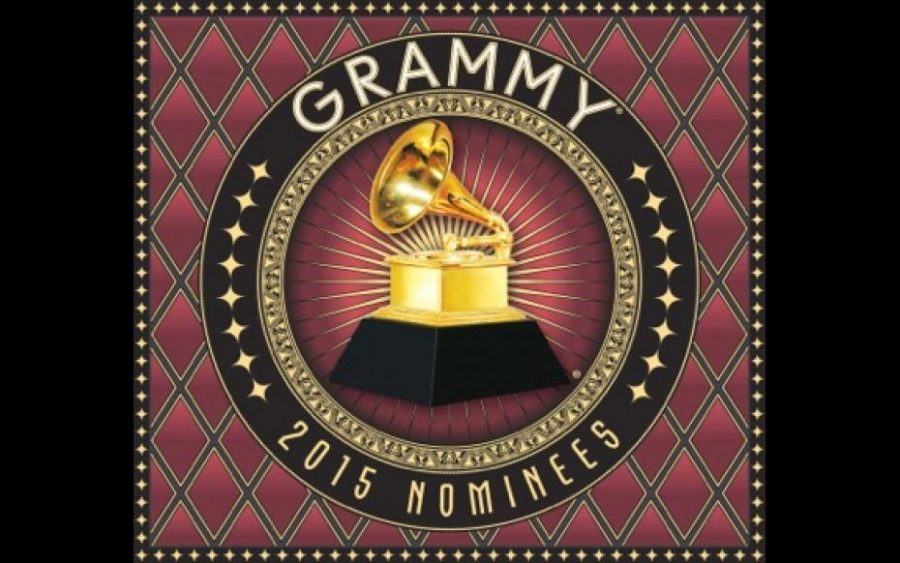 The 2015 Grammys will be held on Feb. 8 in Los Angeles to honor overall excellence in the recording industry over the past year.

Every year some of the most talented musicians gather together in Los Angeles for the annual Grammy awards ceremony. This year’s 57th Grammys, hosted by L.L. Cool J, will take place on Feb. 8. According to the National Academy of Recording Arts and Sciences, each Grammy “honors artistic achievement with technical proficiency and overall excellence in the recording industry, without regard to sales or chart position.”

Record Of The Year

The nominations for Record of the Year include “Fancy” by Iggy Azalea featuring Charli XCX, “Chandelier” by Sia, “Stay With Me (Darkchild Version)” by Sam Smith, “Shake It Off” by Taylor Swift, and “All About That Bass” by Meghan Trainor. Each of the nominees for this category were memorable pop hits of 2014, but Smith’s heart wrenching falsetto in the top-charting single “Stay With Me” will take the win for Record of the Year. His vulnerable lyrics evoke empathy, portraying his strong desire for an emotional connection with another human being. A close second is Sia’s “Chandelier,” showcasing the singer’s incredible range and operatic vocal ability.

Album Of The Year

Nominees for Album of the Year are “Morning Phase” by Beck, “Beyonce” by Beyonce, “X” by Ed Sheeran, “In The Lonely Hour” by Sam Smith, and “Girl”by Pharrell Williams. This may be a close call between Ed Sheeran, and his newest album “X” including 16 powerful tracks, and Beyonce, the title-holder of 16 Grammys. Beyonce may be earning her 17th with her liberating album that is relatable to women all across the world. Her newest album, “Beyonce,” offers perspective on women’s sexual identity in a healthy monogamous relationship, which is sometimes perceived as unachievable.

The category for Best New Artist boasts many talented candidates, such as Iggy Azalea, Bastille, Brandy Clark, and HAIM. Sam Smith will most likely take the stage for the win, however. Out of all the artists nominated, Smith has had the most successful year. His single “Stay With Me,” reached number one on iTunes for several consecutive weeks, as did his second single, “I’m Not The Only One,” off of his top charted album, “In The Lonely Hour.” Smith sold the second most records of the year, falling right behind American superstar Taylor Swift’s latest album, “1989.” The soulful English singer-songwriter has earned his spot as the “male Adele.”

“We Exist” by Arcade Fire, “Turn Down For What” by DJ Snake and Lil John, “Chandelier” by Sia, “Happy” by Pharrell Williams, and “The Golden Age,” by Woodkid featuring Max Richter are the nominations for Best Music Video. Each music video deserves  recognition, but Sia’s “Chandelier” video is worth hitting the replay button. It is beautifully filmed in a vacant apartment building where a little girl, portraying a child-like Sia, dances eerily through the rooms. Sia’s raspy vocal performance combined with the a child’s psychotic dance moves creates a mysteriously disturbing scene, intriguing viewers for the duration of the video.