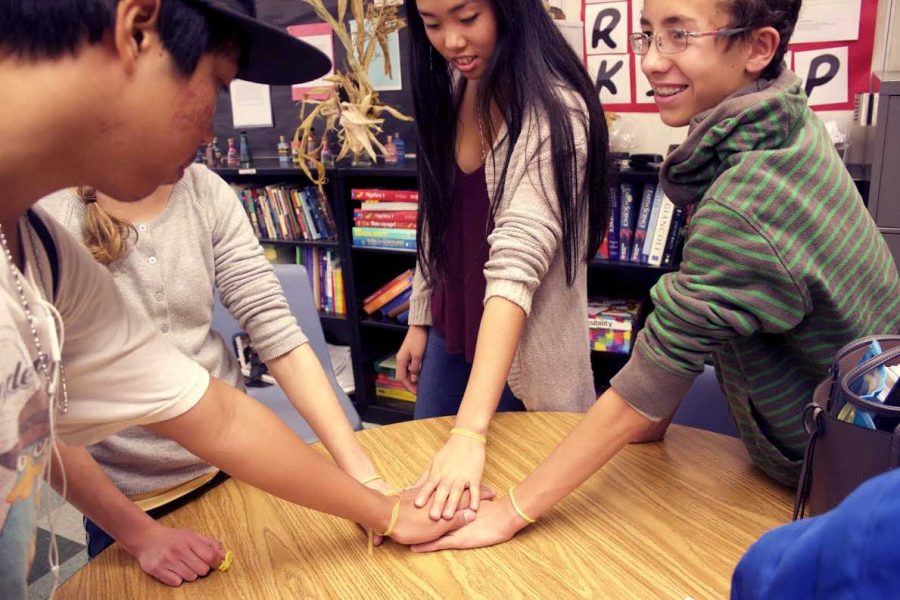 Amnesty International, a human rights organization founded in 1961, has activists in 150 countries, and has established a new chapter at Redwood this year. In an effort to raise awareness, the club members hosted a Human Rights Week in support of their student-run campaigns.

During the week of Dec. 8, student activists hung posters throughout the hallways with images of the faces of victims of human rights violations highlighted in three separate campaigns. Students were encouraged to sign petitions and wear yellow ribbons in recognition of the suffering.

The club is running a campaign led by sophomore Magali de Bruyn that promotes safety for residents displaced by the Haiti earthquake.

“It’s kind of shocking to see that so many people are killed or are in prison for no reason,” De Bruyn said. “It’s kind of hard to grasp the enormity of it, so the club is there to bring awareness.”

Other focuses of the Redwood chapter include advocating for the freedom of a young woman in Iran, who was incarcerated for attending a volleyball game, as well as raising awareness about the story of the 43 students in Iguala, Mexico who are believed to have been handed over to a drug cartel by the mayor of their own town and then killed.

“I’m really interested in human rights because that’s a big issue not only in the U.S., but in foreign countries,” said the chapter’s co-president, sophomore Lilly Kane-Dacri, who was adopted from China.

Kane-Dacri said she wishes her fellow peers were more invested in the civil injustices around the world.

“What I personally want out of this is for people to become more invested in what’s happening outside of the ‘Marin bubble,’” Kane-Dacri said. “I know tons of students want to do something, but they don’t know how. People don’t really know we’re there. They just walk past the signs.”

Leland has been involved with Amnesty International since the summer before her freshman year of high school.

One of her most enlightening experiences was meeting a 12-year-old boy who had been forced into child labor with grueling conditions in Pakistan.

“He worked in a factory seven days a week and 365 days a year and 12 hours a day. He was still allowed to go home at night to sleep but he basically was imprisoned in this factory,” Leland said.

“He was this tiny, super skinny, malnourished, little squeaky thing, but his voice was so powerful. I still remember shaking his hand and feeling like his bones were going to crunch in my hand because he was so frail,” Leland said.

After escaping from the factory and living in the U.S., the boy returned to Pakistan—however, Leland discovered that the boy was eventually murdered by one of the factory owners.

“The government never investigated or arrested. Everyone knows who did it, and no one was held accountable,” Leland said.

She stated she hopes club members will one day be able to meet some of the victims they are helping.

“The fact that these students are going completely beyond their community, their family, their country, places they’ll never go, people they’ll never meet, just out of a respect for humanity, that blows my mind,” Leland said. “They’re doing it completely as a selfless act.”

All proceeds from the event went to Amnesty International.