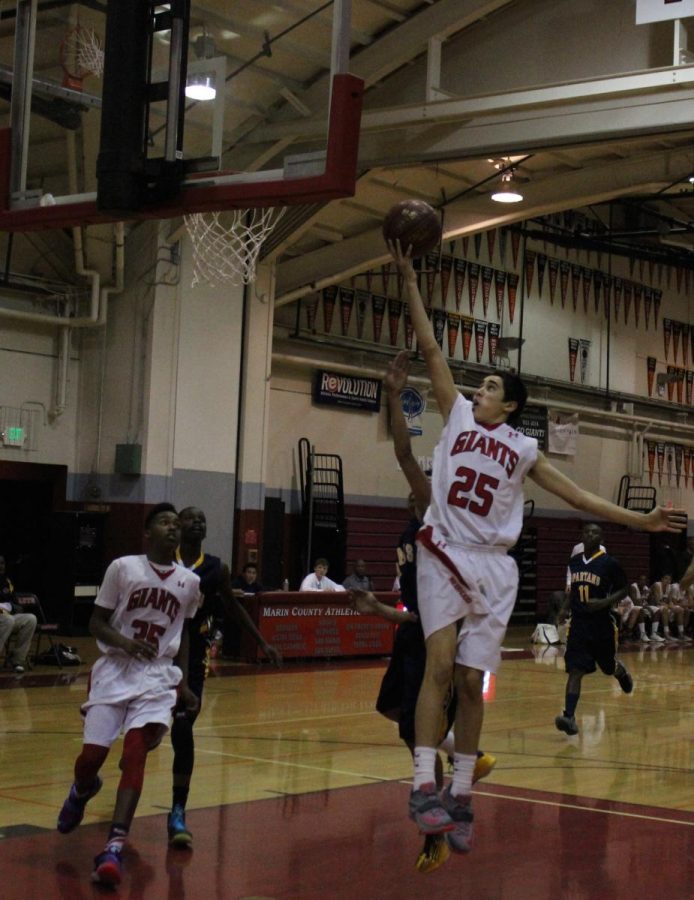 Redwood pulled ahead early, leading by 27 points at the end of the first quarter, with the aid of a strong full court press, securing several easy buckets after turnovers from Pinole Valley.

“We always work on our defense in practice,” said head coach Alan Sullivan. “Teams don’t like playing against a team with a good full court press.”

Redwood applied a full court press for the entire game, despite their substantial early lead.

Sullivan added that the win was achieved by the whole team, not one standout player.

“The team worked together as a unit, and that’s what’s most important,” Sullivan said.

Redwood will play next on Dec. 4-6  in a tournament at Petaluma High School. Their first league game will be on Jan. 2 at home against San Rafael.