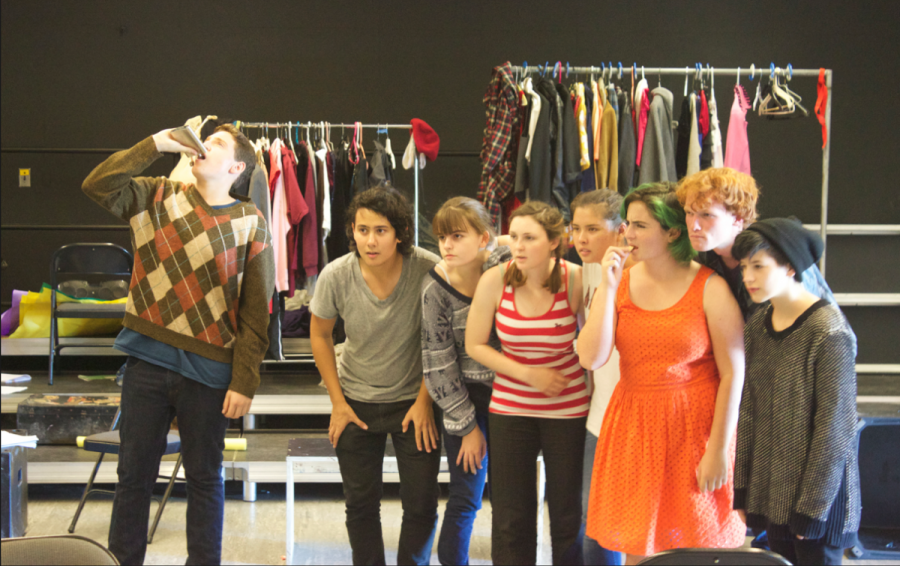 Performances of Advanced Drama’s latest production, ‘Museum,’ will start on Wednesday, Nov. 12.
The performance is based off of interactions that happen in a museum, according to senior Monica Frangoul, who has multiple roles in the play.
“It’s basically what happens in an everyday museum, except everyone has a little quirk about them and when they interact it creates this big problem,” Frangoul said.
Unlike most of drama’s performances, ‘Museum’ will take place in Rm. 306 and will replicate a black box theater, meaning the audience will sit all around the stage. At times, the cast members will sit among the audience.
Because most of the performers have three or four roles in the play, the cast spent time working on developing their characters, according to senior Marisa Pala.
Senior Ben Gamble, who will be playing a guard in the show, is one of the only characters with a constant role.

“I’m the person who oversees what happens in the museum and over time [my character’s] personality changes [as the] other [characters] change,” Gamble said.
According to Frangoul, all the art pieces from the show were created by Redwood’s art students. Before the show, the audience will be able to walk around and look at the artwork.
The cast began rehearsal in mid-September.  According to senior Maria Saltveit, the pace of the play varies from quick scenes to longer monologues, which made rehearsal difficult at times.
Frangoul said this is one of the harder plays she has performed.
“Because there isn’t a specific plot, we have to develop our characters in a deep way to make it interesting,” Frangoul said.
The preview for the show is on Tuesday, Nov. 11, and the actual performances run Nov. 12 through Nov. 15. The show costs $3 for EPiC students, $5 for Redwood students, and $10 for adults.