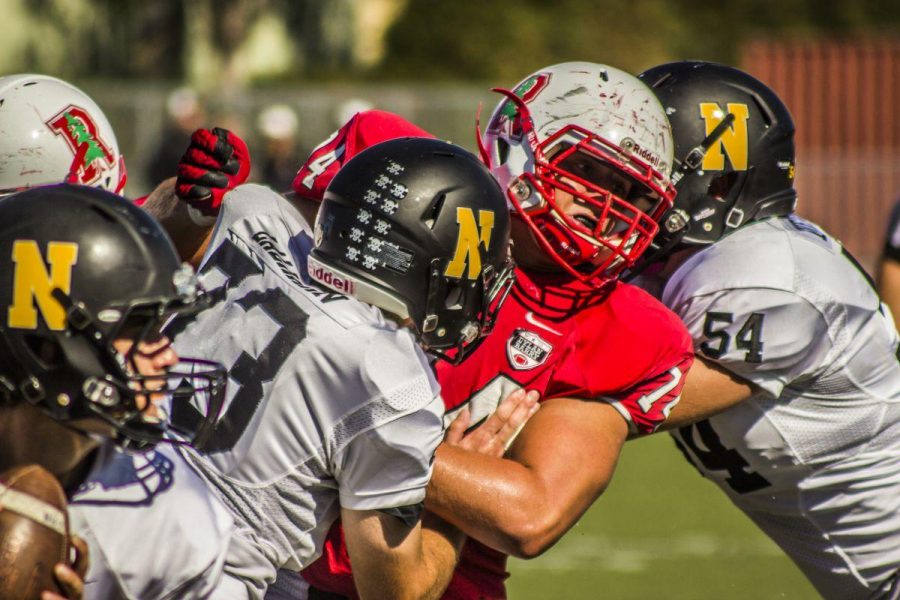 The varsity football team suffered a 17-27 loss to Novato High School at the Homecoming game on Saturday, Oct. 11.

Within the first five minutes into the game, Novato scored a touchdown that Redwood was unable to counter until the beginning of the second quarter when senior Alex Kosinski pressed through Novato’s defense to score a safety seven seconds into the second quarter.

With 27 seconds left before halftime, Novato’s offense broke through Redwood’s defensive lines and scored a touchdown and an extra point, leaving the score 13-2.

However, less than two minutes into the third quarter, Redwood made a comeback when senior Sean Stauffer scored a touchdown. Redwood also scored an extra point, and raised the score 13-9. Five and a half minutes later, senior Aaron Dorfler scored another touchdown, which was followed by a two point conversion by senior Joe Kasselik.

Although spirits were high during most of the third quarter, Novato managed to score another touchdown, leaving the score 20-17.

Redwood was further hampered by an interception at the start of the fourth quarter. With three minutes left on the clock, Novato scored another touchdown and extra point, bringing the final score to 27-17 for Novato.

Despite the loss, senior Patrick Quinn saw that the team has progressed a lot.

“Our offense came alive compared to the last game,” Quinn said. “There were not as many dropped balls, and the running game was better too.”

Redwood’s next game will be away at San Rafael on Friday, Oct. 17.